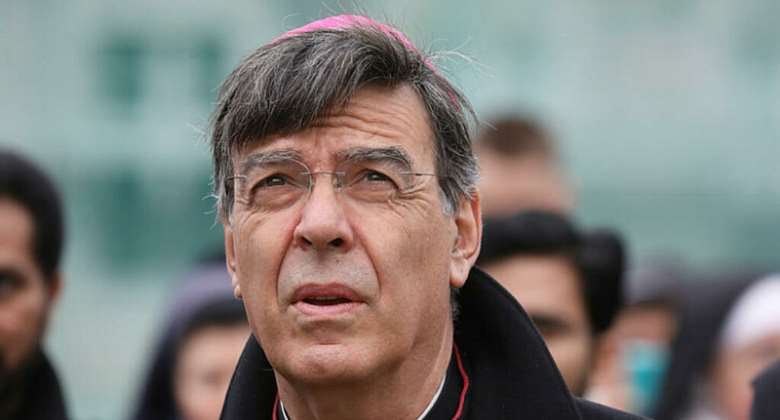 Pope Francis has accepted the resignation of the archbishop of Paris, who admitted to having had an “ambiguous” relationship with a woman back in 2012.

It's the latest in a series of scandals to have touched the Catholic Church in recent years. In October, an investigation was published that revealed some 3,000 priests had sexually abused more than 200,000 children over the past 70 years.

Paris archbishop Michel Aupetit said in a statement on Thursday that he offered to step down “to preserve the diocese from the division that suspicion and loss of trust are continuing to provoke”.

After Le Point magazine published a report saying that he had a consensual, intimate relationship with a woman, Aupetit wrote a letter to Pope Francis offering to resign.

He told Le Point that – although he didn't have sexual relations with this woman – their relationship had been “ambiguous”.

Aupetit was serving as a priest in the archdiocese of Paris at the time of the alleged relationship and was therefore bound by the church's celibacy rule.

“I ask forgiveness of those I could have hurt and assure you all of my deep friendship and my prayers,” Aupetit said in his statement. He added that he was “greatly disturbed" by attacks made against him.

In an interview last week with Catholic radio Notre Dame, Aupetit said: “I poorly handled the situation with a person who was in contact many times with me”.

Calling it a “mistake”, he said he decided to no longer see the woman after speaking with Cardinal André Vingt-Trois, the Paris archbishop at the time, in 2012.

The Vatican released a statement saying the Pope had accepted Aupetit's offer of resignation and named Monsignor George Pontier as his replacement.

Only the Pope has the power to hire or fire bishops, or accept their resignations. Interestingly, the Pope has historically either refused letters of resignation from priests who have been involved in scandals or taken longer to deliberate.

For instance, Cardinal Philippe Barbarin, the former archbishop of Lyon, offered to resign in 2019 after a French court convicted him for failing to report a pedophile priest.

Pope Francis initially refused Barbarin's offer but then accepted it more than a year later.

Aupetit had been serving as Paris archbishop since 2018.

Navrongo: Navro-Pio appeals to Akufo-Addo to complete abando...
14 minutes ago

US economist Steve Hanke urges Ghana to set up currency boar...
1 hour ago