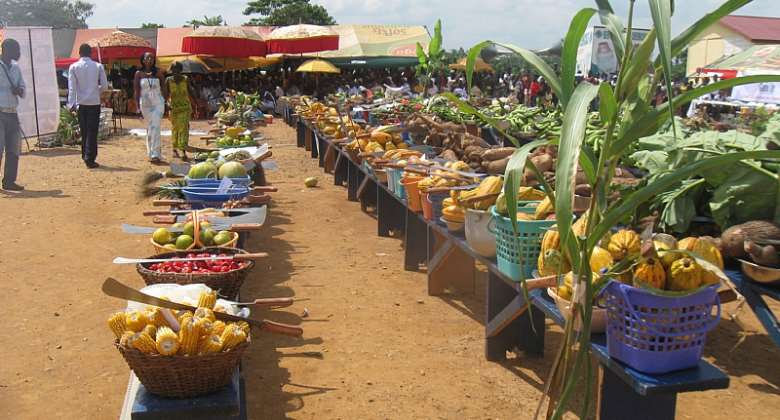 In this part of the world, the problems of farmers are infinite. The dominance of imported goods, little or no subsidy from government, perishability of produce, lack of advanced equipment and all.

The above are the known issues, but there is an inconspicuous problem most farmers are bedeviled with, which must be looked.

Though there is a chain of production and, each participant’s (farmer, buyer, transporter, retailers etc.) roles are important, before the produce gets to the final consumer. It must also be noted that the farmer is pivotal; without his deeds, the idea of what and what to be planted won’t be borne in the first place. Their sweats on the farmland on daily basis are indescribable. Some farmers suffer bites from reptiles, and other accidents just to make sure that everything is well placed in its right proportion for a safe harvest to be had. That, final consumers become happy when they get their specifications right.

In all this toil and moil, the farmers earn not as humongous as the retailers earn. The retailers here are the women or men who buy directly from the farmer, or the women selling at Tudu and Agbogloshie, and those who buy from those who trade at Tudu and bring the crops and foodstuff closer to you to sell. These are the crop of people making the money. They’ve built houses and have their family needs well-cartered.

Let me make this clear: this is not a piece aimed at bastardizing the spoils retailers are enjoying for selling farm produce. What should be boggling is the fact that farmers aren’t getting a lot of mileage out of their own produce, too.

The price of a box of tomatoes which the retailers buy from the farmers are very affordable, sizeable, and nicely looking. Yet when the retailers are selling them in the market they do selection. The big sized tomatoe, the rotten, the unripped tomatoes are all segregated and they are sold at a different price.

There were instances I had questioned their integrity, albeit it is a silly act. Because they are fond of saying that “we got ten fingers of bananas for ten (10) cedi, so selling three fingers for two (2) cedi is a fair deal.” But ideally, that is a selling strategy, tailored to weakening the emotions of the buyer so that they will get their exorbitant price onto the buyer’s throat in peace.

Well, the retailers should make their money, but the farmer must also be well-satisfied. Perhaps, the association of farmers should put up a directive, which will contrive a standardized price for all farmers. By this, farmers can peg their prices at a certain percentage which won’t make the retailers to enjoy a seventy percent profit while the farmer takes home only thirty percent.

The farmer, from all indications, must have been very rich, if not among the richest in any country, because they feed us. They have taken the responsibility to provide us with what we will eat, and sometimes at the peril of their lives.

Should farmers desert the farmlands, for not being able to enrich themselves like the “others”, what would be left for us? But I trust farmers for being the most faithful professionals on earth, they always consider ours before theirs.

Thus, Brenda Schoepp said: “My grandfather used to say that ‘once in your life you need a lawyer, a doctor, a policeman, a preacher, but everyday, three times a day, you need a farmer’”.