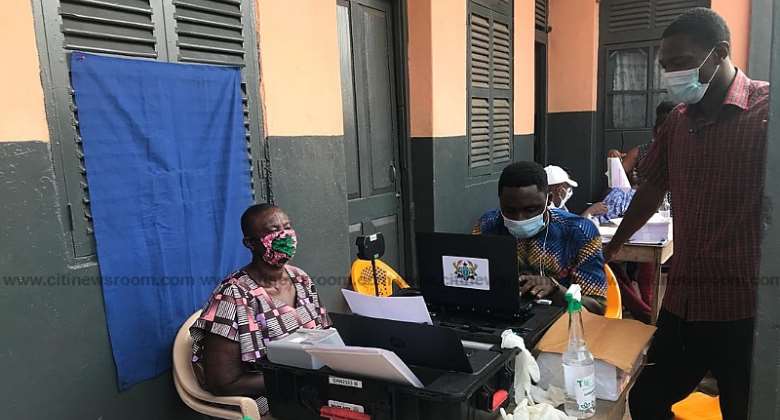 With keener interest, “I took my time to read, study and analyze” your hurriedly published rejoinder article on November 25, 2021 in the modern Ghana website space. While I appreciate your attempt to explain the discrepancies I referred to in my piece, though you fell short of appreciating its import, I am taken aback by your posture towards me in your write-up. You read my article with prejudiced intent, so that rather than offer a compelling analysis of the issue thus raised, you wasted nearly 60% of your ink in stabbing me with verbiage for doing you no wrong.

You did not learn to respect the wisdom of the Romanian proverb, “Give the piper a penny to play and two pence to leave off” but threw me a response challenge by throwing to me your borrowed and adapted ‘ALL EYES ON YOU’ lyrics of your favorite idol, Tupac Shakur. I am, by this piece, offering you enough currency to pay him back and use the rest for your humble pie, if you wish. In fact, this response intends to drive home my point, just in case you missed it. Unfortunately, you might find the piece disappointing as it falls short of your egocentric expectations.

With all due respect, to say the least, the accusations you levelled against me suggest that you have not the slightest idea the importance of PHC reports. Certainly, the idea of disaggregating/segregating data at the Metropolitan level into sub-metros is a brilliant initiative. And being the first of its kind in the history of the conduct of PHC exercises, the data presentation style of disaggregated variables had lapses that affected a targeted audience’s analysis, leading to conclusions that were at variance with the Service’s conclusions. So then, to answer your question, “What did… you intend to achieve with your publication?”, I entreat you to take a look at the following lines again, and this time more dispassionately without any prejudice.

“But impressive as it may sound to the casual reader, this conclusion has hefty implications and calls for objective scrutiny to establish its credibility. While it appears that the ‘Prophetic eye of the government’ may have taken the supposition for granted, a meticulous study of the report suggests that it may be far from right, albeit unwittingly. And unless otherwise indicated, there are gross data discrepancies, the analysis of which produce two irreconcilable outcomes. There is therefore a need for GSS to either provide some footnotes of palpable scientific justification to show that its results are beyond impeachment or, in the absence of any, respectfully revise same, as this may have grave ramifications for policy analysis, planning, research and development for stakeholders.”

“The point then is that, it is imperative for GSS to press forth to “leave no one behind” by doing a more thorough check to address these discrepancies or offer palpable scientific justification for same so as to furnish the public with the reliable information, as these will impact on stakeholders’ confidence in policy analysis and planning as well as resource allocation, development and research.”

How, in the world, could you miss the import of these lines and judge in the manner in which you did? To cut a long story short, my publication served two purposes. The first was to alert the general public to be wary of such lapses to avoid wrong conclusions. And the second was that I gave an analysis of the data presented, and made excellent recommendations which if GSS fails to make use of in its sooner or later publications or subsequent PHC data presentation exercises, it will not only fall short of maximizing its goals, but will also mislead its targeted audience. In my candid conviction, therefore, I do not think the Service is worthy of any apology from me. And if you care to know, it must be the other way round and, of course, a commendation. But these are immaterial to me.

In fact, you did the Service a disservice! You had an opportunity to contribute constructively to the public discourse, but you specialized in bombarding a phantasm. Human as we are, we are not immune to mistakes. We all suffer temptations. But the spirit with which we handle our temptations either determines or is determined by the level of our maturity. With all my efforts, you could not even give me the benefit of doubt, but charged me with ill-intent. And you hail a culture that succumbs to the temptation of humiliating others as worthy of admiration? Think about it. I could publish the great exchanges I had with high-profile, well-meaning leaders within the Service to prove that you are dead wrong in your judgments, but I will not ‘yield to your pressure’ to veer off the grain of common sense and the substance of my article nor stoop low to engage in reciprocating abuse for abuse.

Even your concluding lines suggest that you knew it was a civic responsibility I had exercised. Yet you played down my intentions. A Bible believing Christian as you may be, you may desist from the habit of accusing citizens who express themselves in respect of concerns they have relative to public records. I too had my e-mail in the article, so that ‘the preacher of righteousness’ could have equally followed the example of God in the Garden of Eden by approaching me privately to be sure that I either stumbled or was pursuing a hidden mischief. How about that? How much would it have cost you too to reach me? But you acted contrary to a godly conscience and succumbed to the temptation to impugn my genuine motives and accuse me of pursuing a calculated mischief. Let me remind you what the revered Apostle Paul says in the Bible about such a behavior in Romans 2:1, 2, 21.

I found it strange that you overlooked my constructive criticisms to the Service. You overlooked my genuine burden in inspecting the public records to be sure that none was left out in the historic exercise, let alone to talk of ‘1.6million persons being left behind’ as I supposed. You overlooked a timely recommendation for the need to provide appropriate footnotes at the right places to serve as caveats for those who might consult the public records to avoid wrongful interpretation. Rather than see my efforts as a timely intervention to help the Service fine-tune its data presentation style to avoid the possibility of double counting and misleading the targeted audience, you treated my publication as rushed. You overlooked my call for a revision in data presentation, and if need be the results. You overlooked my worry that the discrepancies could have grave ramifications for the targeted audience. You overlooked the conditionality that premised my analysis. You overlooked the pacific tone that run through my article. You overlooked my bla bla bla and attributed all that to an ill-conceived mischief or calculated intent to dent the image of a state institution? You settled in the illusion that the Service could not make errors for the public to alert it. And this you called civility or cultural knowledge? The time is long overdue for someone to wean himself from a cultural knowledge that is averse to the opinions of others.

What makes you think that you are exempted from the possibilities of misreading a publication or embarking on a mischief, the very charges you accuse me of? Now I implore my candid readers to place your rejoinder beside my article and judge the spirits that actuated each one of us. What has happened to freedom of expression in a democratic nation? I am not, the least, deterred by that attitude. But you may never know the untold harm you have done to your readers, those you intimidated and hushed to never speak up when they have genuine concerns, for fear that they may be attacked by your likes. You have forced them to become spectators.

In case you forgot, let me remind you. In your inconsistency, you stated that “One way was to contact GSS for verification…” and never stated the other way. You may do well to state it in your next publication. You may also consider telling your audience why you skipped the Western Region which happens to be the first region in the list of tables concerning regions with Metropolitan areas and went in for the second, i.e. Central Region, to do your analysis or why you were not comfortable with using the Sekondi Takoradi Metropolis but went in for Cape Coast Metropolis.

My good brother, the reality before you is that you lost the capacity to make me eat your humble pie. Remember, “It costs twice as much as suffered the piper to perform to leave off stage.” So then, you may advice yourself accordingly in your next address in public space, if ever you show up.

Latest Photo Reports
Catch up with all the political quotes from our politicians.
Advertise here
More Rejoinder
ModernGhana Links
Rejoinder: No traditional medicine or herbs can cure breast cancer; I’ve tried it all and here I’m-Patient reveals
Re: Patient allegedly assaulted at Wa Municipal Hospital
RE: Effia MP refused to help me through school
RE: 1.6 Million “Left Behind”: Errors in Ghana 2021 PHC report “exonerate” U.S. Census Bureau
Re: Bawumia's Call On John Mahama To Convert, Hypocritical, Does He Intend To Convert Into Christianity For Visiting Churches?
Re: ATAG and Innovative Teachers Secure an Injunction on the Distribution of the Laptops
RE: Bagbin Becoming Too Much Of An Activist
RE: All Ashanti lands belong to Otumfuo Osei Tutu II with all other Ashanti chiefs being simply caretakers to the lands they occupy and with no family-owning lands in Ashanti
Rejoinder: Ghanaian man asking Nana Addo to fix the country in Germany allegedly deported
TOP STORIES