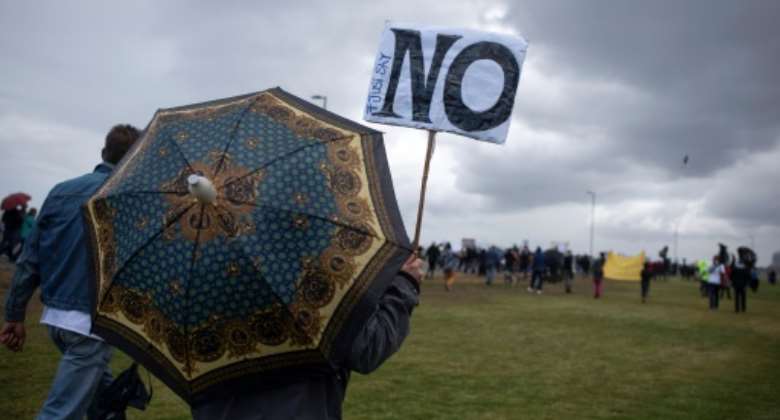 While large swathes of the global population remain unvaccinated because of a lack of access, other people who do are choosing not to get them. By RODGER BOSCH (AFP)

Governments and scientists around the world are championing vaccination as the way to end the Covid-19 pandemic.

Yet while large swathes of the global population remain unvaccinated because of a lack of access, other people who can get their jabs are choosing not to.

French sociologist Jerome Gaillaguet, who has spent years speaking to those who choose not to vaccinate, told AFP their reasons can be diverse and surprising. His answers have been condensed and edited for clarity.

Is there an anti-vax phenomenon?

The influence of a loosely-defined activist anti-vaccine movement cannot be discounted but it has to be separated from hesitation.

The way the media frames it you get the impression that there is an anti-vax phenomenon that is widespread with people firmly opposed to vaccination.

Graphic on vaccine uptake for Covid-19 around the world as of available data December 1. By (AFP)

Those movements exist and are highly visible and noisy on social media. But the reality is not at all the same: it's doubt.

The vast majority of people are feeling real hesitation or even indifference and there are as many reasons behind the hesitation as there are states of mind.

As soon as you start talking to people you realise that doubt comes from experience and it comes in many different forms.

And when you start to follow people over time you can see how things can evolve.

Media buzz around a controversy will change attitudes, and I've also seen people change their minds after becoming parents.

You also find a huge amount of defiance among people with bad experiences with healthcare.

For example, some people may hesitate if they have gone to doctors who minimise their problems while failing to offer any solutions.

Have you seen attitudes change?

One woman I talked to was about 60 years old, we met in 2017 and she was pretty hesitant about vaccines.

When she was younger she worked as a pharmaceutical salesperson who sold medicines to doctors.

She came to the conclusion that lab profits were far more important than people's health and eventually she got sick of that life and left everything behind to open a pizzeria.

Yet a year into the pandemic she went to get vaccinated without hesitation because she had been in constant contact with customers and had seen many people get sick or die.

She made friends with a nurse who worked in a hospital that was greatly affected.

It can also work the other way.

One person when I first met her was pretty mistrustful. Then, over the course of a few years, the issue kind of disappeared from the media.

She began to have friends and acquaintances with children and she had friends who were doctors and a grandfather at home and she began to think about getting the flu vaccine to protect him.

She began to think: "I was young and rebellious but I can see that risks linked to vaccination are very rare."

But then the vaccine became mandatory to get a health pass and she completely turned again.

She said: "I do not accept being told what to do."

Is the health pass counter-productive?

In the short and middle term, the health pass [in France] helped force people who were hesitant to get vaccinated by restricting their day-to-day lives.

Of course it did: we were telling them they would no longer be able to travel or go to a restaurant.

But we replaced the health concerns with social concerns.

We took people out of a situation where they had to think in terms of pandemic risks -- like whether someone close to them might be fragile, whether they could get sick or whether they might be at high risk.

Acting like these questions did not enter into it when they concern a huge part of the population does nothing to solve the problem of trust in vaccination.