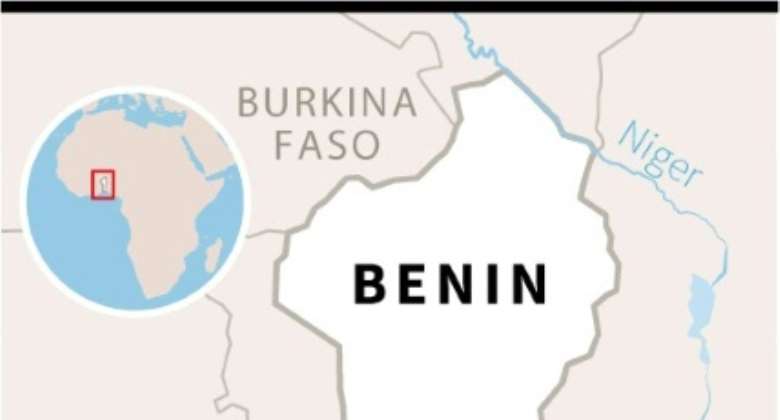 Two soldiers were killed on Thursday when jihadists attacked a military post in north Benin near the border with Burkina Faso, military sources said, in a rare Islamist militant assault in the West African state.

Benin borders three countries battling a jihadist insurgency that has spread across the Sahel region and prompted calls for more cooperation to halt its expansion south to Gulf of Guinea states.

"We lost two of our men," said one Benin military official after the post in Porga in Atacora region was attacked in the early hours of Thursday. "We also have some wounded soldiers."

A second source close to the army chief of staff blamed the attack on jihadists and confirmed the toll of two soldiers dead and also one of the assailants.

Benin's military has not officially commented on the attack.

The small coastal country has been a relative safe haven in a region struggling with jihadist violence that has spilled over from Nigeria and Mali.

Only one jihadist attack has been officially confirmed in Benin.

Two French tourists were kidnapped in 2019 and their tour guide killed in the remote Pendjari park on the border with Burkina Faso.

They were rescued soon afterwards by French special forces in northern Burkina Faso where they had been taken.

But several jihadist groups operate just over the border from north Benin in Niger and Burkina Faso, including groups tied to Islamic State's African affiliates.

A Dutch security report earlier this year warned that jihadist groups could coopt communal conflicts in Benin's north to extend their influence.

Benin, like other parts of the Sahel, has struggled with growing tensions between farmers and nomadic herders over resources, land and water.

Benin's northern border region is also a haven for gangs involved in smuggling, who are believed to maintain informal ties with jihadists.

Last year, one Benin police officer was killed when gunmen attacked a police post in the far north of the country -- the first time Benin security forces in the border area have been targeted.

Benin officials played down links to jihadists, but the incident deepened concerns over spillover from the Sahel.

Last month, Ivory Coast also began strengthening military deployments on its northern border and seeking stronger security ties with neighbours as it looks to contained the threat from the north.

Since the Sahel conflict first erupted in Mali in 2012, fighting has spread to Niger and Burkina Faso, claiming thousands of lives and displacing more than two million more.

EC is insisting on compiling new register because it has los...
20 minutes ago