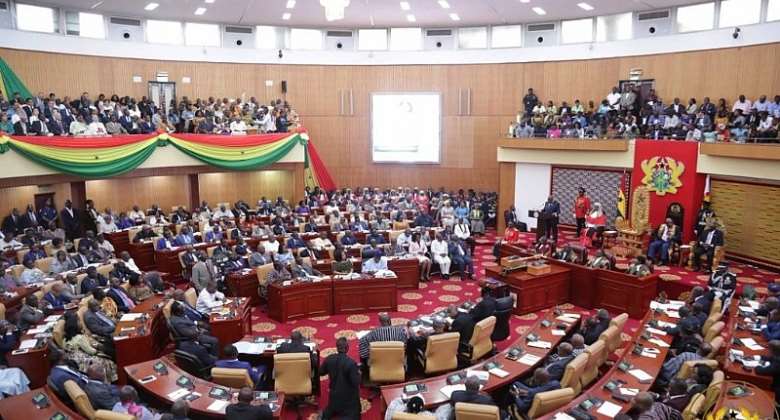 Despite the impasse over the approval or otherwise of the 2022 budget statement, some committees of the house have commenced consideration of the budget estimates for the 2022 fiscal year.

The committees considering the estimates are Roads and Transport, Food, Agriculture and Cocoa Affairs, and the constitutional, legal and parliamentary Affairs.

The Ministries of Railway Development, Roads and Highways, Transport, Food and Agriculture, Parliamentary Affairs, and the Office of the Attorney General are expected to appear before their respective committees to justify the budgetary allocation to be utilized for the 2022 fiscal year.

It is not clear what this would mean for the stalemate going forward.

Meanwhile, the leadership of Parliament has constituted a bi-partisan Committee to resolve the disagreements over the approval or otherwise of the government's 2022 budget statement and economic policy.

The Committee is composed of ten members from each side of the house.

The modalities as to how this committee will operate were to be set out when the house convenes today, Thursday, December 2, 2021, but that did not happen as sitting was adjourned to Tuesday.

Below is the list of the 20-member bipartisan committee: Majority Caucus

You have collapse the economy, now you want us to pay E-Levy...
32 minutes ago