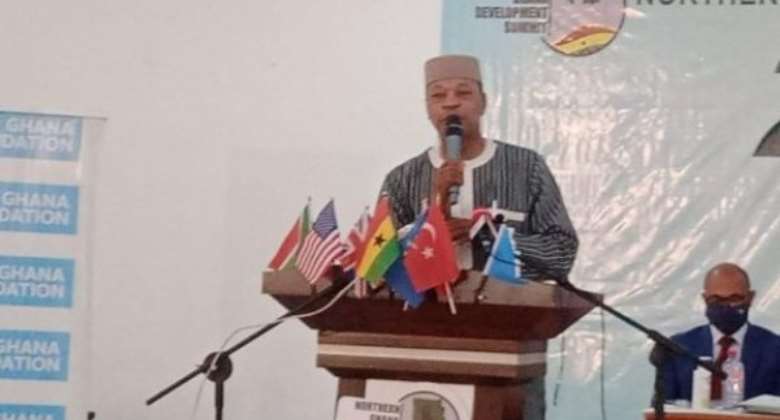 Dr Mohamed Ibn Chambas, the former Special Representative of the Secretary-General and Head of the United Nations Office for West Africa and the Sahel (UNOWAS), has commended the Government for resolving the long standing Yendi chieftaincy dispute.

He welcomed the recent meeting at the Ya Na's Palace, initiated by the Government, the Dagbon Forum, the Nanumba Youth, Konkomba Youth and the Gonjaland Youth Associations to douse the flames of conflict in the eastern part of the Northern Region, which he said were being fanned by “misguided elements.”

Dr Chambas said this during the 2021 Northern Development Summit in Jirapa in the Upper West Region, and noted that, over the years, persistent chieftaincy and land disputes had retarded development in many parts of the north.

He said the perennial challenges could be found in the areas of agriculture, security, healthcare, education, commerce, and infrastructure, adding that the erratic weather patterns, coupled with outmoded agricultural practices, had crippled food production, leading to food insecurity.

“The constant threat of armed groups and armed robbery had been a major source of fear for the people, especially women and children,” he said, and that the poor road infrastructure, both in domestic and trans-boundary trade, had stagnated commercial activities.

“Despite strenuous efforts, there still exist inequalities in access to proper basic health facilities in most communities within the northern part of Ghana,” Dr Chambas said.

Touching on education, he said the 2019-2020 West Africa Senior Secondary Certificate Examination (WASSCE) results for schools in northern Ghana raised many legitimate concerns as the performance of most of them was not encouraging.

“I will entreat all stakeholders in the educational sector to give this matter priority attention,” he said.

"These issues, among others, highlight the persisting challenges in the northern sector that require key attention of everyone, especially development agents such as the Government, the Northern Development Authority and its partners, as well as Civil Society Organisations”.

Notwithstanding the uncertainties, Dr Chambas said channeling investments/services to appropriate sectors would ensure sustainable development to ultimately narrow, if not bridge, the north-south development conundrum.

The Northern Development Summit is an annual convening that brings together both state and non-state actors, institutions and individuals onto one non-partisan platform to assess, discuss and recommend actions to accelerate the development of northern Ghana.

It is being organised by STAR-Ghana in collaboration with the NDA and the five Regional Coordinating Councils (RCCs).

Let’s come together to build a resilient, prosperous society...
20 minutes ago