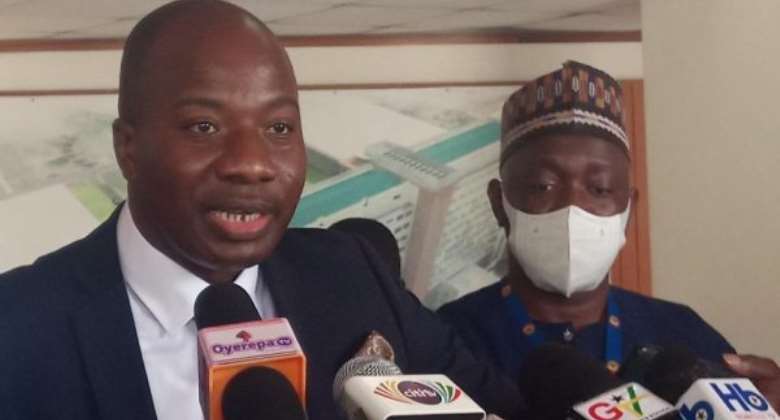 The Minority's motion seeking to overturn the decision of Parliament in approving the 2022 Budget Statement and Economic Policy of the Government, taken on Tuesday, November 30, is still pending before the House.

Mr Mahama Ayariga, Member of Parliament (MP) for Bawku Central and a Member of the Minority, speaking on Wednesday, at a press conference after the House had adjourned sitting until Tuesday, December 7, 2021, indicated that this was well captured in page nine of the House' “Votes and Proceedings” records for Wednesday, December 1, 2021.

He recounted that Mr Haruna Iddrisu, Minority Leader in Parliament on Wednesday, December 1, 2021, moved a Motion that the “House rescinds the decision it took on the Budget Statement and Economic Policy of the Government for the year ending 31st December, 2022, on Tuesday, 30th November 30, 2021, ”which was seconded by himself (Mr Ayariga).

Mr Ayariga said the Motion was accepted by the Speaker and debated in the House, following which the First Deputy Speaker Mr Joseph Osei-Owusu, sitting in as Speaker, sought to give a ruling, which was interrupted following an uproar in the Chamber, hence sitting was suspended at 1425 hours.

He said sitting resumed again at 1645 hours, then the Second Deputy Speaker Mr Andrew Amoako Asiamah took the Chair and then he adjourned sitting for the day.

“So, it is clear from the Votes and Proceedings of yesterday (Wednesday, December 1, 2021) that the motion was moved, that it was seconded, that question was proposed by the Speaker, that there was a debate, and that the debate was concluded,” Mr Ayariga stated.

“So, the implication of this is that the Motion moved by Honourable Haruna Iddrisu and seconded by my good self is pending and what is left is for a question to be put to the House for a vote to be taken. And then we will vote on the matter.”

He reiterated that the Speaker sought to give a ruling on it but he was interrupted following an uproar in the Chamber and he left.

“You can move a motion, and then second it, debate it and then the Speaker will give a ruling. That is not how we take decisions. Decisions are taken by questions being put to the MPs and the MPs will vote.”

You have collapse the economy, now you want us to pay E-Levy...
16 minutes ago