Accident victims at KATH get help from Olibest Road Safety 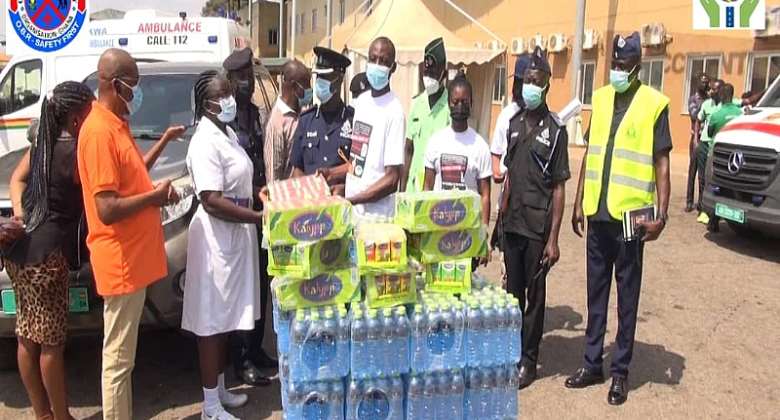 Olibest Road Safety Organization (OBRO), a Non-Governmental Organization (NGO), which focuses on road safety education has donated to the Accident Ward victims of the Okomfo Anokye Teaching Hospital in Kumasi.

The gesture followed the organisation's concern for the plight of patients on admission who were involved in road accidents, in commemoration of Remembrance Day For Road Traffic Victims.

During the visit, it was realised that more than 80 percent of male accident patients on admission at the trauma and accident wards of the hospital were not registered on the National Health Insurance Scheme (NHIS).

As a result, most of the male accident victims discharged from the hospital's accident ward were not able to pay their bills and had to remain at the ward for a long period, while others manage to outwit the ward nursed by absconding upon their discharge.

The Nurse Manager at the Trauma and Orthopedics Department of the hospital, Madam Rose Oware Tweneboah, made this disclosure when directors and staff of Olibest Road Safety Organisation paid a visit to the accident ward.

The Manhyia Divisional Police Commander ACP Kwaku Boah, who is also the Board Chairman of OBRO, said the aim of the Organisation and police was to ensure that road crashes were reduced to zero or at least the barest minimum through public education.

Mr Richard Kakari, Chief Executive Officer (CEO) of OBRO, lamented that it was not good to only be talking about the victims, number of accidents or casualties without taking tangible actions.

He added that the fees charged for doctors' reports to enable accident victims process their insurance was very high and did not encourage the patients to pursue such claims.

He appealed to the hospital authorities to be considerate in such matters.