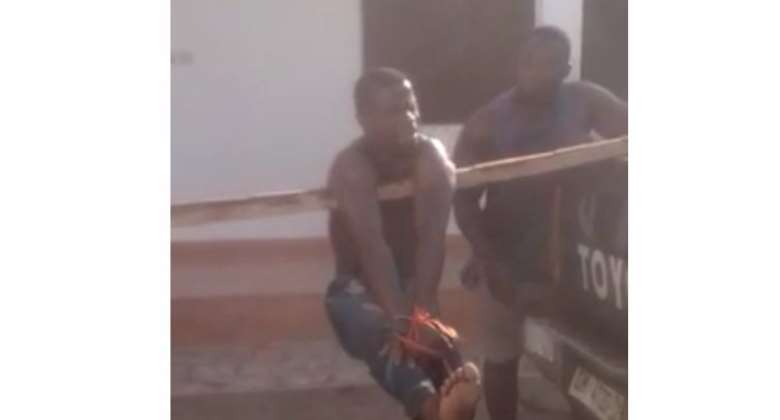 The Concern Youth of Nkoranza Traditional Council has sent a strong warning to the Queen mother of the area, Nana Yaa Duda Kani to stop the alleged harassment of the youth who are not in her camp and are supporting the Omanhene Nana Kwame Baafor.

Not a long ago, the queen mother was alleged to have ordered the closure of the Omanhene’s palace by some macho men who are not residents of Nkoranza but reside with the queen mother.

The youth claim that besides the closure the macho men were tasked to arrest some of the Omanhene’s servant and beat them up.

According to the youth, just last Tuesday she again allegedly ordered her boys to beat a noble citizen of Nkoranza by the name Maame Felicia.

"We the youth of Nkoranza can do the same but we decided to allow the laws of the land to work. We always report her actions to the police to the Nkoranza police but to no avail and its a about time we also fight back because those macho men are not citizens of Nkoranza so they can’t be there to beat the youth up just like that.

"This is not first or second time she is doing this to the youth of Nkoranza, we can boldly say: is about 5 years now and the police does not care about this.

"Just yesterday 30th of November 2021, this same queen mother ordered her boys to hang a citizen of the land for not supporting her and beat him up. We deem it as awfully bad and not good at all.

"I won’t support you in my life as we are all aware that Omanhene of the land is Nana Kwame Baafor and I don’t know anyone else, these utterances from the besting victim put her off and she ordered her men to use a robe to tight, hang me up and beat me mercilessly.

"We plead to the President of this country H.E Nana Addo Dankwa Akufo Addo and the IGP to come to our aid otherwise they will hear something bad in Nkoranza because we can’t hold it anymore," the angry youth stated.

Residents of Settlement unhappy over destruction of road in ...
47 minutes ago