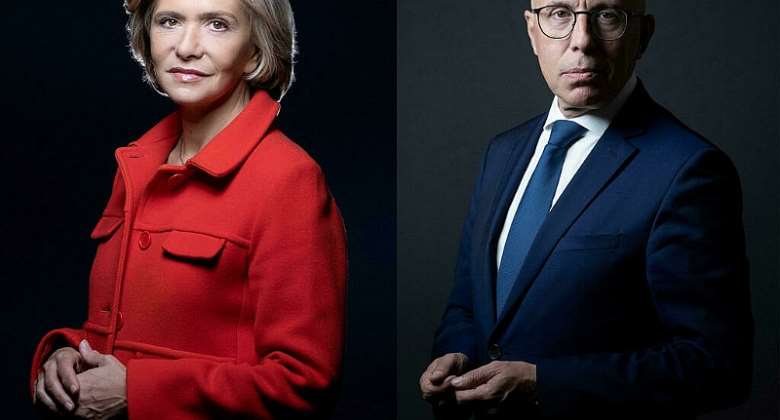 Valerie Pecresse, a veteran politician who served as minister under former President Nicolas Sarkozy, will go into a runoff as favourite to be picked as the centre-right Les Republicains' candidate in the French presidential election in April.

Pecresse will face Eric Ciotti, a staunch right-winger among the party ranks, in the runoff. The winner will head the party's bid to return to power for the first time in a decade.

In a surprise result in the first round, Ciotti came first among the five challengers with 25.6 percent of votes cast by registered members. Pecresse, who heads the greater Paris region, took 25 percent.

However, Pecresse emerged as favourite in the runoff as the three other candidates swiftly threw their support behind her. The winner will be declared on Saturday afternoon.

Ciotti entered the race as an unfancied runner but his no-nonsense talk on restoring the state's authority, defending France's national identity and promoting economic liberalism struck a chord with members.

"I wanted to ensure this campaign was based on the truth, the truth about this country's decline," Ciotti told reporters.

The centre-right, which traces its origins back to Charles de Gaulle, dominated French politics for much of the post-war era but has struggled to heal divides and recast its identity since President Emmanuel Macron's 2017 election win redrew the political landscape.

The eventual candidate's challenge will be to carve out a space in a crowded field on the political right.

Opinion polls before the party's first-round vote showed Ciotti would perform weakest of the five in the April presidential election, with 6 percent voter support nationally.

Xavier Bertrand, who voter surveys had shown would pose the biggest danger to Macron in a runoff vote, came fourth in the party vote with 22.4 percent of support.