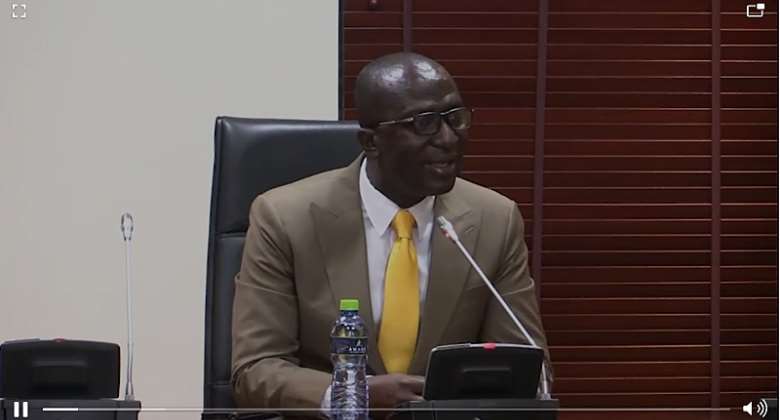 At least, he said, people are allowed to speak their mind and also disagree on issues but still live in harmony with one another, a situation he said helps the democracy.

He was speaking regarding the pandemonium that occurred in Parliament during a debate on the 2022 budget statement at a ceremony to welcome some Austrian legislators to Ghana's Parliament legislature, on Thursday December 2.

The Independent Lawmaker for Fomena said “You might have heard, we are going through the process of approving the budget for the ensuing year which is 2022 calendar year from January 1st to 31st December 2022.

“Ghana's Parliament has equal stands in terms of the two main parties so the approving the debate has become an issue. You might have probably heard what is going, it is all part of the democracy. We hope we will co-operate and get the budget through so that we will be able to carry on government business next year.

Some lawmakers have indicated that Ghana's democracy is currently at the crossroads following the developments that characterized the approval of the budget.

For instance, Member of Parliament of North Tongu, Samuel Okudzeto Ablakwa said in a tweet that “this is the time for leadership – a listening, caring, sensitive and bridge-building that takes the country away from the edge of the precipice.”