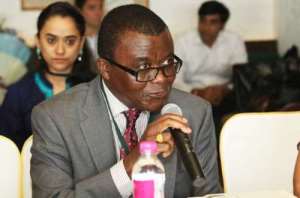 Co-founder of the Ghana Center for Democratic Development (CDD-Ghana), Prof. Baffour Agyeman-Duah says the leadership of the ruling government and parliament should be blamed for the standoff in parliament between the Majority and Minority MPs.

The Majority and Minority in the past week have been entangled in controversies over the 2022 budget approval.

According to Prof. Baffour Agyeman-Duah, he is disappointed in the leadership of government and parliament because he feels they failed in handling the impasse between the two groups in House.

“The opposition party has given some five things they want to be addressed and so far, from what I am hearing the Finance Minister is ready to meet them halfway in other words there should be some compromises, that should be the essence.

“So one of the disappointments I have is what I may call the failure of leadership on the part of Parliament itself and the government. Leadership is when you are facing a potential crisis you quickly find ways to defuse the crisis. You don’t wait until you are neck-deep in the crisis before you should ask for help,” Prof. Agyemang-Duah who is former Senior Governance Adviser at the United Nations told Starr FM in an interview on Thursday.

Meanwhile, the Majority and Minority in Parliament have today made the effort to resolve their impasse on the 2022 budget statement.