2022 Budget: All illegalities you have engaged in will come back to haunt you – NPP MPs told 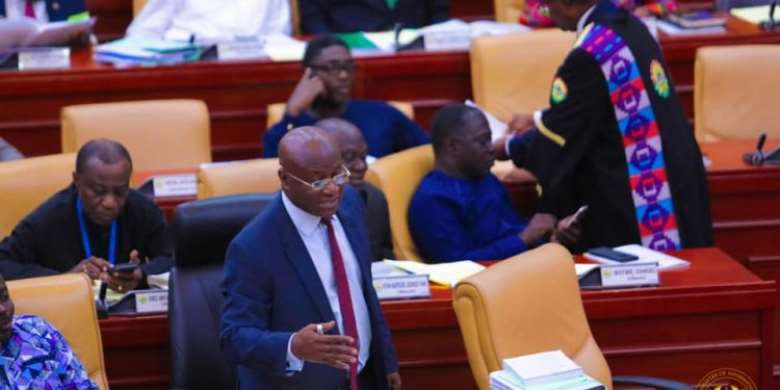 Member of the National Democratic Congress’ (NDC) Communication Team, Alex Akuoko has said the NPP MPs will reap the repercussions of engaging in illegalities just to approve the 2022 ‘Agyenkwa’ budget.

He added that the NPP has turned a deaf ear to the plight of Ghanaians and is bent on approving this budget.

In a panel discussion on the ‘Epa Hoa Daben’ show, he shared: “They think they are saving themselves and in doing that they are doing all sorts of illegalities. What they have done will come back to haunt them.”

Meanwhile, Alex posited that the opposition NDC is not against the budget. However, it is concerned about certain policies in the Budget statement that will further burden Ghanaians.

The Majority caucus in Parliament on Tuesday, November 30, approved the 2022 Budget statement after the NDC MPs boycotted proceedings after failing to reach an agreement with the Majority over the status of the budget.

While the Majority insisted the rejection of the budget last Friday was unlawful, the Minority maintains the House followed due process in rejecting it.

Series of meetings to resolve the standoff yielded no results as the majority and the Executive stood their grounds of not presenting a new budget.

All the 137 NDC MPs consequently boycotted today’s sitting without even registering their names in the attendance book.