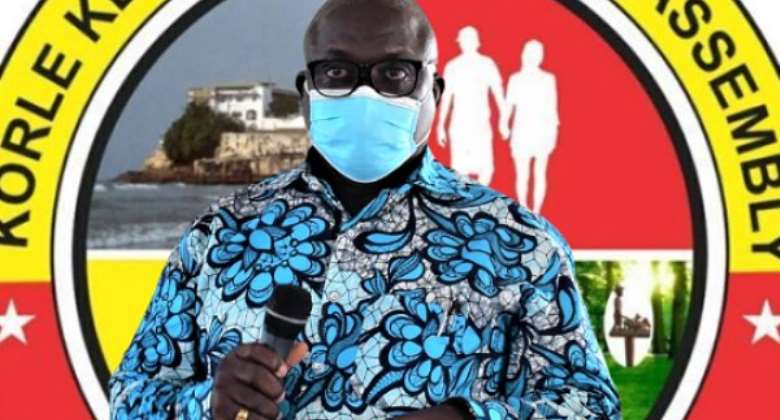 The Municipal Chief Executive for Korle Klottey, Nii Adjei Tawiah has observed that the COVID-19 pandemic has taken the attention of health workers and the citizenry with many people forgetting about the existence of HIV.

He described the situation as “dangerous” and charged stakeholders to sustain the campaign against HIV and AIDS to achieve set targets.

Mr Tawiah said this when the Municipal Assembly, with support from the Ghana AIDS Commission, organised free HIV and AIDS screening for residents to mark this year's Worlds AIDS Day.

This year's celebration is to create awareness, educate the public and encourage people to check their HIV status.

''Today, as we mark the celebrations throughout the country, it is necessary that we all remind ourselves that HIV and AIDS is still around us…'' he said.

Mr Tawiah stated the Assembly's commitment to curb the spread and control the prevalence of the disease in the municipal area-central business district-and called for support of traditional and religious leaders.

He reiterated the call on the public to desist from stigmatising people living with the disease, adding that the trauma could make people end up in the streets.

Mr Tawiah urged society to show love and support people living with HIV and AIDs, stressing that the disease was not a death sentence.

He urged people living with the disease to take their medication religiously.

Madam Gloria Agyemang, a trader, who came for the screening, told the Ghana News Agency that HIV was now “a normal sickness” and encouraged people to get tested and know their status.

She commended the local Assembly for the initiative.