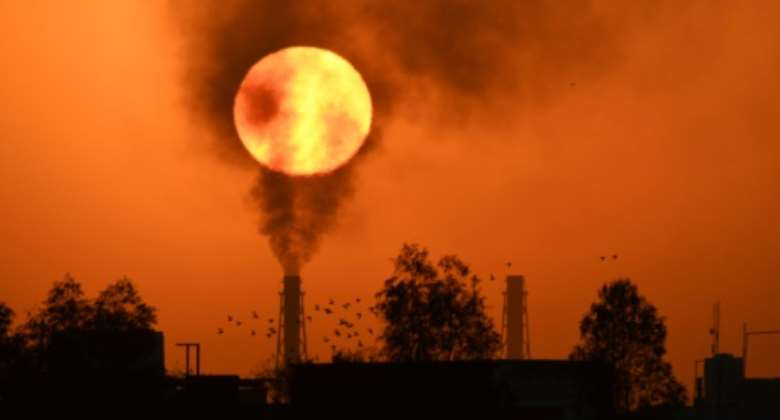 The emergence of Omicron has led to countries reinstating travel bans and mulling further restrictions that could tighten demand and hurt oil prices. By Assaad AL-NIYAZI (AFP/File)

Major oil producers meet Thursday to decide on output levels from January, with a freeze possible as the Omicron coronavirus variant rattles the markets.

The OPEC+ alliance led by Saudi Arabia and Russia has so far resisted US-led pressure to significantly boost output to rein in surging energy prices.

The emergence of the variant has further complicated the equation, as countries have imposed new travel curbs and mull other measures that could dampen demand and hurt oil prices.

The 13 members of the Organization of the Petroleum Exporting Countries (OPEC) and their 10 allies are due to meet via video conference after technical discussions.

Analysts predict the alliance will decide to stop modestly increasing output by 400,000 barrels per day every month as they had planned and as they have been doing since May.

"The arrival of the Omicron variant and the ensuing sell off obviously increases the odds that OPEC+ will opt to hit the pause button on the planned 400 kb/d monthly production increase when they meet on Thursday," said Helima Croft, a managing director at RBC Capital Markets.

"The market would find it virtually impossible to absorb this additional oil, especially as it will be flooded in the first quarter," said Carsten Fritsch, commodities analyst at Commerzbank.

The OPEC+ meeting comes a week after the United States and to a lesser extent China, India and Japan decided to dip into their strategic reserves to help bring down crude prices, after a price surge that has undermined economic recovery.

But the detection of the new variant last week caused crude prices to plunge more than 10 percent, a first since the massive drops of April 2020 when the pandemic started to hit hard.

On Thursday morning prices for the two benchmark contracts, WTI and Brent, had risen more than two percent, reaching $67 and $70 per barrel respectively.

OPEC ministers -- who have been so far eager to maintain current price levels -- remained vague at their own meeting on Wednesday.

"In this uncertain period, it is imperative to remain cautious in our approach and ready to react to market conditions," Angola's Oil Minister Diamantino Azevedo said.

At the meeting, OPEC Secretary General Mohammed Barkindo "highlighted... that steady progress has been made on the global economic recovery" but also "underscored the need to remain attentive to the prevailing uncertainties and shifting conditions, including those related to the new Covid-19 variant Omicron," OPEC said in a statement.

Washington has called on the cartel to further open the tabs.

The group's capacity is some 10 times higher than the 400,000 barrels per day that it has been adding to the markets every month.

Another variable the bloc will have to contend with is the possible return to the market of Iran if talks in Vienna lead to the revival of the 2015 nuclear deal between Tehran and world powers.

Iran's Foreign Minister Hossein Amir-Abdollahian said Thursday a deal was "within reach if the West shows good will".

Finance Minister announce transactions to be excluded from E...
25 minutes ago