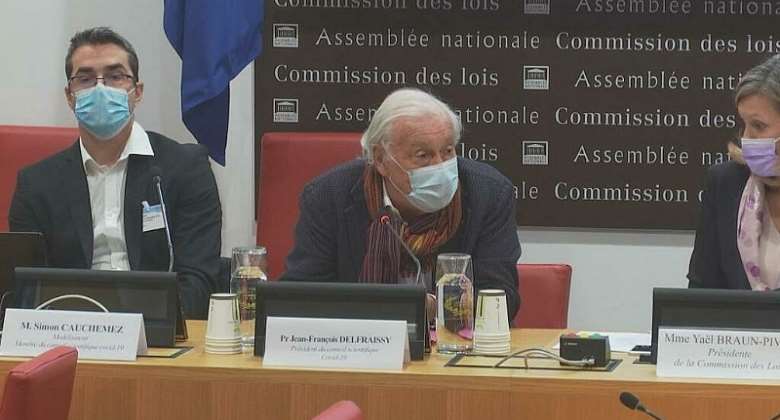 The president of France's scientific council says there is no "miracle solution" for the current, fifth wave of Covid-19 epidemic, made more complicated by the arrival of the Omicron variant.

Speaking Wednesday, Jean-Francois Delfraissy, whose organisation is advising the government on the health crisis said that although there is no miracle solution, "there are a series of small steps that can be taken."

Like the rest of Europe, France has been experiencing a surge in infections for several weeks, which is beginning to impact hospitals.

In response, the government is relying on vaccinations and, more specifically, booster shots which have been opened up to the entire vaccinated, adult population since last Saturday.

Delfraissy added that the booster campaign is essential to prevent the current wave from overloading hospitals, pointing out that vaccines become less effective with each passing month.

However, he expressed scepticism about the merits of compulsory vaccination, that has been raised by the incoming German government.

Meanwhile, Delfraissy said it was crucial to improve compliance with preventive measures - such as wearing a mask - citing projections published earlier this week by the Pasteur Institute.

According to the institute, respecting these measures at present would be enough to considerably reduce the peak in hospital admissions forecast for the beginning of 2022.

Regarding the uncertainties linked to the new Omicron variant, first identified in South Africa, Delfraissy pointed out that its danger and contagiousness are still unknown.

The Omicron variant, which has led several countries to close their borders, has an unusually high number of mutations, which theoretically raises concerns about greater resistance to vaccines.

It is likely that existing vaccines will be less effective against Omicron, Delfraissy admitted, but "we have no idea what the level will be."

Assuming that Omicron overtakes the Delta variant, it "will take some time to settle in," Delfraissy said, estimating that it would take several weeks.