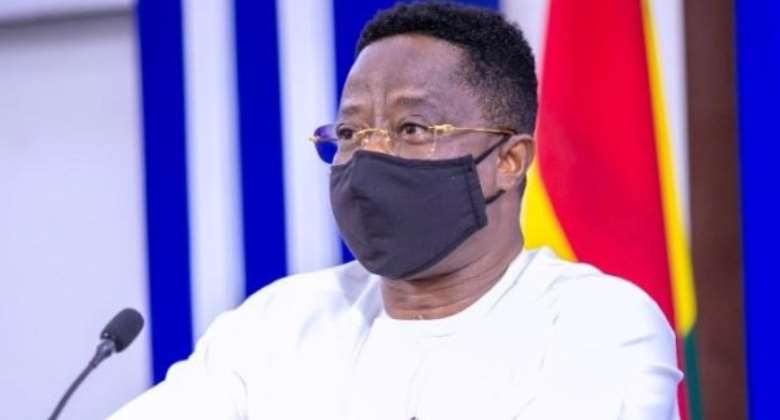 John-Peter Amewu, the Minister of Railways Development, on Wednesday, announced that the government has paid 68 million euros to Amandi Holdings Limited to begin construction works on the Manso-Huni Valley rail line in the Western Region.

Mr Amewu said this, in Accra, Wednesday at a media briefing on the Government's strategy to mobilise funds for its railway projects.

The project forms part of a standard gauge rail line between Takoradi Harbour and Huni Valley.

It will provide 60km of single track lines, eight basic stations along the existing line from Amantin to Huni Valley.

The project will also include 10km of loop lines and stations' double lines to improve availability of the line for express trains.

Mr Amewu, however, reiterated that the government could not fund the construction of a 12-billion-dollar sky-train project in the next three years because its balance sheet could not support that.

He said constructing a sky-train could cost between 11 and 12 million dollars per kilometre, noting that considering the government's current balance sheet and fiscal space, it would be impossible to undertake such a project.

The Minister refuted claims that the government had signed a concessionaire agreement with a South African company to build a sky-train in Ghana, and explained that, it was rather a Memorandum of Understanding, which is not binding.

He also updated the public on the various ongoing railway projects across the country including, the 670-kilometre Central Spine Railway Line from Kumasi to Paga estimated at three billion dollars; Trans-ECOWAS Railway line from Afloa to Elubo, and the 1,100-kilometre Ghana-Burkina Faso Railway Interconnectivity Project.

He indicated that the 97.7-kilometre Tema to Mpakadan section, which falls under the Mpakadan-Ouagadougou rail line project, was 90 per cent complete.

As part of government's efforts of building human capacity to maintain the railway infrastructure, Mr Amewu said, the Old Railway Training Institute in Sekondi was rehabilitated and upgraded to award degrees in Engineering.

Additionally, two out of the seven Railway Location Workshop Complex for maintenance of locomotives, wagons, and coaches had been refurbished while the remaining five workshops were ongoing refurbishment, the Minister stated.

Mr Amewu added that sources for funding railway infrastructure had become very difficult due to the global Covid-19 pandemic, therefore, the only way Ghana could fund its railway projects was through payment of levies and taxes by the citizens.

"We, the citizens, are the development agents and the only way we can fund such projects is through internally-generated funds by paying our levies and taxes," the Minister added.