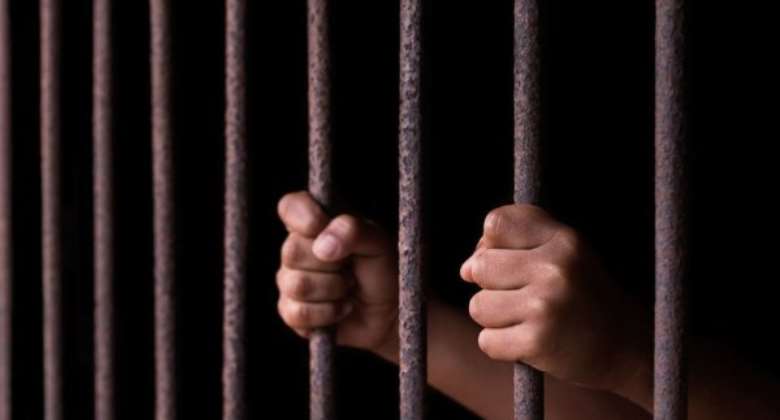 Gilbert Akakpo, age 19, student of the Three Town Senior High School, Denu has been sentenced to four years imprisonment in hard labour by an Aflao Circuit Court for causing harm to an ICT tutor, John Kwashi Akey of the same school.

The court presided over by Mr Joseph Ofosu, convicted Akakpo on Tuesday to four years in hard labour after finding him guilty of the offence.

The prosecution said on Wednesday, August 11, 2021, the Senior House Master of Three Town Senior High School reported to Police in Denu that same day at about 1250 hours, Akakpo, a Visual Art, and final year student had stabbed Mr John Akey Kwasi, a teacher with a cutter on his left upper arm, when he tried preventing the convict from bullying some first-year students of the school.

The prosecution said the victim, John who is an ICT tutor sustained a deep cut on the arm and was sent to Ketu South Municipal Hospital for treatment.

The convict was later handed to Police by his father and subsequently sent to court on Thursday, August 12, 2021.

The presiding judge, in his judgement said the court was lenient on the convict as a first-time offender, however, the punishment was necessary to serve as a deterrent to other students who have no respect for authorities in schools.