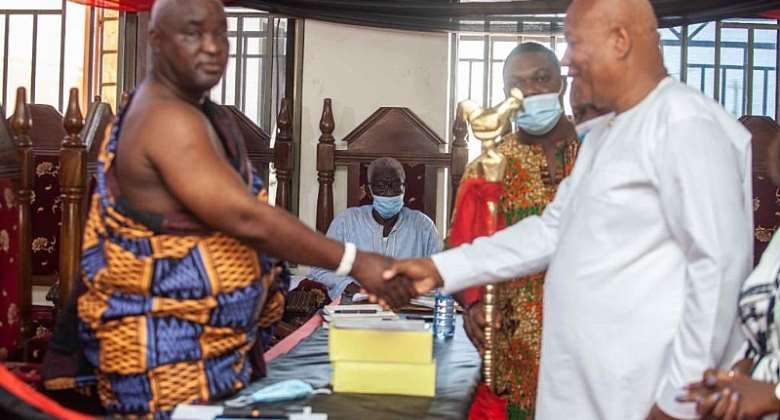 The move was part of his efforts to show appreciation to the traditional leaders in the Greater Accra Region for their support in the 2020 general elections.

He noted that the unalloyed support the people of La showed the NDC resulted in the defeat of the NPP in the last presidential and parliamentary elections in the La Constituency.

Prof. Alabi was speaking at a meeting with the La Traditional Council, where he thanked the chiefs for their prayers, guidance and support for the NDC and John Mahama.

He recalled how the NDC flagbearer for the 2020 elections, John Dramani Mahama, paid a courtesy call on the La Traditional Council before the general elections and praised the Chiefs for the courtesies they extended to the former President.

Prof. Alabi added that in the true sense of Ghanaian tradition, it was proper to come back to the Chiefs to show appreciation, especially when he (Joshua Alabi) is convinced that the NDC will return John Mahama as its flagbearer for the 2024 general elections.

Prof. Alabi also indicated that since the assumption of the second term of office by President Akufo-Addo through the instrumentality of the Electoral Commission, the country has been saddled with unbearable hardship.

He lamented about the worsening youth unemployment situation in Ghana and was hopeful that a future government led by the NDC and John Mahama will return the country to economic prosperity for the masses and not just a few cronies and favourites of the government.