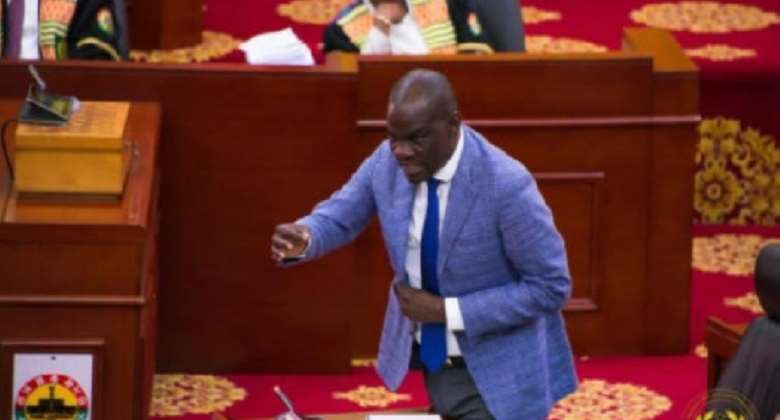 Minority Leader Haruna Iddrisu has disclosed that his caucus lowered itself to accommodate the Majority caucus with regard to the 2022 budget but was paid back with disdain.

“We moved an extra mile to contain them, even to help them consolidate fiscally while we call for prudent expenditure [but] they just dismissed us with disrespect”, Mr Iddrisu told journalists on Wednesday, adding: “Now, we matter and we’ll matter in the coming days”.

As far as a quorum for the passage or rejection of the budget is concerned, Mr Iddrisu said: “If it is not raised, because we are master of our procedure, business goes on”.

With the number of MPs needed for voting, too, he said: “Because we are masters of own procedure under article 110, business goes on but they don’t walk out”.

Speaking about why the Majority caucus walked out of the house on Friday, Mr Iddrisu wondered: “Walkout, what does it mean?”

“Maybe they [Majority] are expressing disappointment at their own budget with a walkout”, he surmised, explaining: “That is what it could mean other than avoiding the debate”.

The Minority Leader also described as “laughable”, a scheduled press conference by the Minister of Finance, Ken Ofori-Atta.

“How can you approve a budget, leak the Votes and Proceedings and say that this budget is approved subject to concessions? The budget as was laid by Ken Ofori-Atta and read on behalf of the President pursuant to article 179 was not accompanied by concessions”.

“That is not galamsey rights that he is to grant. What concessions?”

“So, they simply must have accepted that a certain revision of the original budget was necessary for us, for the good of the country to stand together”, he said.