Disinformation: An Emerging Threat to Ending AIDS in Ghana 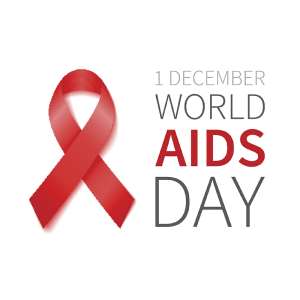 On this World AIDS Day, we continue to call on the attention of the Ghana government (Nana Addo Dankwa Akufo-Addo, Parliament of Ghana) as well as the Ghana AIDS Commission and the Commission on Human Rights and Administrative Justice (CHRAJ) that, they need to act against the disinformation on HIV being used to promote the anti-LGBTQ bill.

As part of their strategy to gain public support for the anti-LGBTQ bill, Sam George, Moses Foh-Amoaning and other proponents of Ghana's anti-LGBTQI bill, blame the LGBT community for HIV prevalence in Ghana. For example, Moses Foh-Amoaning falsely claimed in an interview with TV3 that '8 out of 10 people who have got HIV/AIDS in Ghana pick it through gay or bisexual activity.'

They are indirectly exposing the other populations to HIV. People who are heterosexuals will be made to believe that they are not at risk of HIV, since they are not LGBTQ. This practice will undermine Ghana's fight against HIV and other STIs.

Also, it will not only fuel stigma and discrimination towards LGBTQ persons, but also persons living with HIV in Ghana.

In addition, the homophobic group, the National Coalition for Proper Human Sexual Rights and Family Values are targeting funding for Ghana's HIV programme, claiming in multiple media interviews and other public engagements that $200 million is being brought into the country each year for ARTs as well as condoms and lubricants for LGBTQ+ persons in Ghana.

Even though this is misleading, as the funds is for HIV, Malaria and TB services for ALL Ghanaians, they make it look like it is only for LGBTQI persons.

Again, while the funds are not from the Ghana government, Sam George makes it appear as if it is from the public purse. This is deliberately being done to fuel hate against the LGBTQ community and populations most affected by HIV.

Disinformation has a direct impact on human rights, including access to HIV care and information. Disinformation violates human dignity and damages civil rights. It aggravates discrimination against population much affected by HIV.

As an organisation, we have used multiple ways to tackle some of the disinformation campaigns, including media interviews and also called on independent fact-checking agencies to expose the falsehood. However, we believe State and non-state authorities and institutions need to take an active role in curbing the worrying issue of disinformation.

It threatens Ghana's HIV fight and will undermine prevention strategies.

The anti-LGBT bill, if passed, could erode gains made in the fight against HIV in Ghana.