Open Letter to the Inspector General of Police 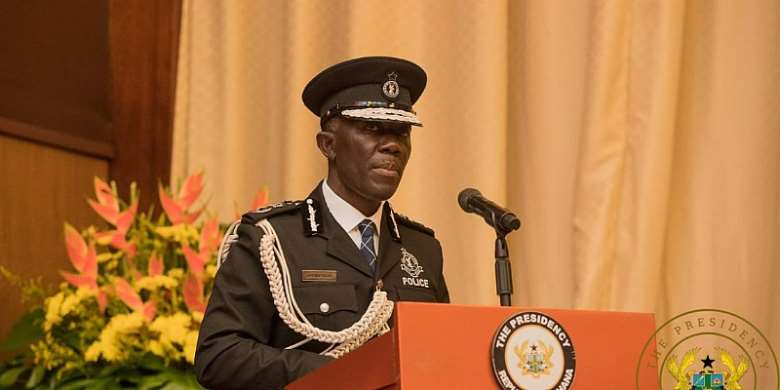 We thank you for the work you're doing to restore sanity and urge you to turn your attention to Noise Pollution.

For this reason, the Environmental Protection Agency (EPA) of Ghana has set permitted noise levels in residential areas at a maximum of 55 decibels during the day and 48 at night.

The citizenry is at risk from Noise Pollution. We have been told about cases of persons with no history of heart disease who have had issues with their heart as a consequence of Noise Pollution. One person has died, and the other has had to have heart surgery. Another person was trying to close a window, to reduce Noise Pollution from a church, when he fell and could have died had his head not narrowly missed the concrete floor. He was badly injured and spent several weeks in bed.

The bye-laws of most municipalities state that noise should not go outside the confines of one's premises. But there isn't much enforcement and the citizenry is left to suffer from Noise Pollution. Section 296 (h) of the Criminal Offences Act, 1960 (Act 29) makes it an offence to beat or play a drum, gong, tomtom or any other similar music instrument between eight o'clock in the night and six in the morning without a licence in writing from the minister or local authority. Section 287 (a) further states that “A person who without lawful authority or excuse, the proof of which lies on that person, carries on a noxious, an offensive or a noisy business ... so as to impair or endanger the health of the public inhabiting or using the neighbourhood of that place ...commits a criminal offence”.

A typical day in parts of La DadeKotopon is like a Noise Pollution relay. Noise starts around 4.30am with Muslim call to worship. This is followed by dawn preachers, borla taxis with a loud irritating, piercing tune, followed by vehicles with loudspeakers selling a variety of goods, vehicles and motor cycles without mufflers, church services and outreach, then in the evening noise from churches, spinners, drinking spots, and social events, such as funerals, which sometimes take place on roads unlawfully closed. There is noise literally up to the early hours of the morning and then the cycle begins with the Muslim call to worship. La Dadekotopon Municipal Assembly has been largely unresponsive to complaints.

Some residents are so frustrated at the lack of enforcement from the relevant authorities that they are tempted to take the law into their hands to protect themselves from Noise Pollution.

A citizen called 112 and a member of the Patrol Team who was sent to investigate the complaint is reported to have said: “We're in Ghana”. Some police officers do not seem to appreciate the fact that making excessive noise is a criminal offence.

I called 112 at about 2.30am on 27th November to report Noise Pollution. A patrol team came after 3.30am, by which time one of the sources of Noise Pollution had ended, but another was ongoing. The Team sat in their car, said they had been around, and could not hear the noise. We could hear it in the compound and rooms.

The Team refused to step outside the patrol car, which had its engine running, to investigate and made a report that there was no noise. Extremely disappointing. My husband went to investigate the source of the noise and it was coming from around La Wireless Cluster of Schools. He recorded the sound. The challenge is that some officers do not take Noise Pollution complaints seriously. Investigating Noise Pollution, should include officers coming out of their patrol cars in order to determine the level and source of the noise.

We respectfully appeal to you to ensure that police officers are:

1. reminded that noise pollution is a crime under the Criminal Offences Act, 1960 (Act 29).

2. (re-) trained about Noise Pollution so that they understand that it is a criminal offence and damages our health and well-being. Laws on noise making should be enforced, and the citizenry's health protected. They are entitled to peace and quiet in their homes.

3. requested to take noise pollution complaints seriously, by recording noise complaints, and not asking complainants to go to their local Assembly, the Environmental Protection Agency, or worst still, respond with “This is Ghana” or words to that effect.

We hope noise pollution will be dealt with as a matter of urgency so that this breaking of the Law with impunity is drastically reduced.

Thank you for your time.

Hottest Photo Reports
Catch up with all the political quotes from our politicians.
Advertise here
More Letter
ModernGhana Links
Conduct impartial public investigations into Bogoso Apiatse explosion and prosecute persons found guilty accordingly
Open Letter To The Chairperson Of National Commission For Civic Education On Preventing The Looming Death Of The 1992 Constitution Of Ghana
Open Letter To President Akufo-Addo -By Sir Obama Pokuase
Letter to Governor Gboyega Oyetola: Upgrading Osun State College of Education to university
Open Letter To President Akufo-Addo On Some Pertinent National Issues
Open Letter To The Majority Leader Of Parliament Of Ghana
Open Letter To Minority Leader Of Ghana’s Parliament On The 1.75% E-Levy Etc-Part Two
I Will Give My Sister To You For Contributing Towards The Rejection Of The 2022 Empty Budget -Asiedu Nketia Told
Open Letter To Parliament: The Peace Fund was launched only to be neglected in the 2022 budget
TOP STORIES