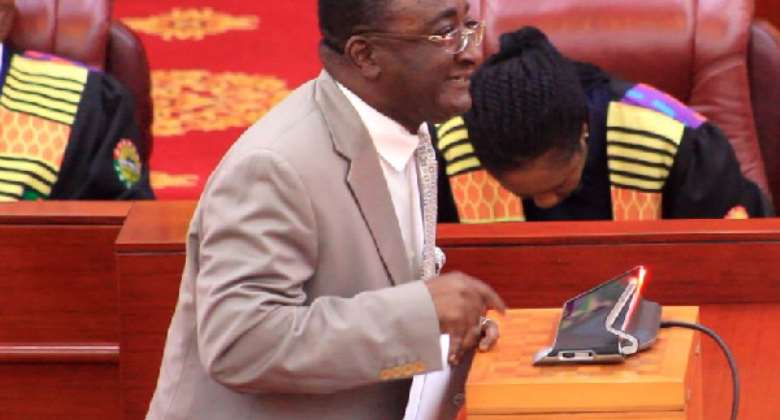 The Minority side of Parliament described the Minister of Food and Agriculture, Dr Owusu Afriyie Akoto as unproperly dressed.

The Minister who was observing today's Wednesday proceedings was ordered out of the Chamber.

Mr Afriyie Akoto was dressed in a suit, long sleeves without a tie.

The Member of Parliament for Adaklu Kwame Governs Agbodza during the debate on the Minority's motion to set aside yesterday's approval of the 2022 budget drew the attention of the sit-in Speaker, Joe Osei-Owusu, who is the First Deputy Speaker.

He asked the Speaker to order the Minister to go and dress properly.

His argument was supported by Mubarak Muntaka, MP for Asawase who argued that per the rules of the House, members must dress properly either in an African wear or a suit with a tie.

Before the Speaker could rule on the matter, the Agric Minister voluntarily moved out to put on a tie.

He returned to the Chamber to observe proceedings.

You have collapse the economy, now you want us to pay E-Levy...
10 minutes ago