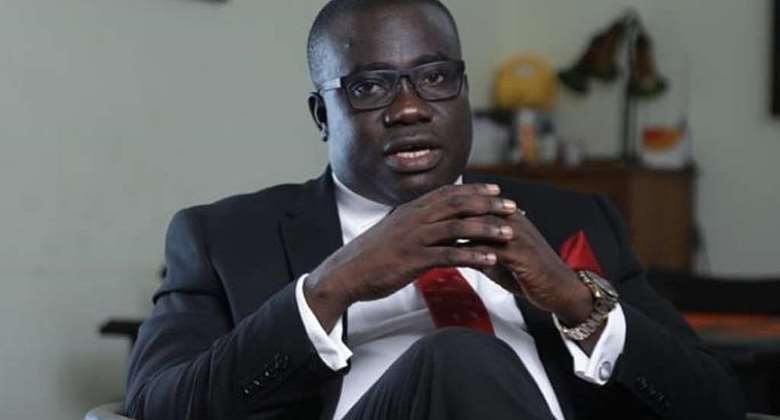 Member of Parliament for the Dormaa East Constituency in the Bono Region, Mr. Paul Twum Barimah has commended the Majority Caucus for overturning an earlier decision rejecting the 2022 budget statement and subsequently approving the policy document.

Members on the Minority side had thrown out the budget statement last Friday following the walkout by the Majority.

The Minority had claimed the budget was not in the interest of Ghanaians and requested for a revised budget to be tabled before the House.

This decision was short-lived, as the Majority on Tuesday, November 30, 2021, reversed the earlier rejection of the budget statement at a sitting boycotted by the Minority.

Sharing his view on the matter to Citi News, the New Patriotic Party legislator representing the people of Dormaa East said the Majority Caucus did the right thing by not “allowing government business to be distracted.”

“The Majority in Parliament on Tuesday demonstrated our commitment towards the government and the Ghanaian people by quashing the illegality that was perpetrated on Friday by the Minority.”

“We have passed the budget so that government business will not be obstructed unnecessarily. I endorse the decision taken by the Majority by respecting the constitution of Ghana.” Bagbin erred, budget rejection has no effect – 1st Deputy Speaker

The First Deputy Speaker of Parliament, Joseph Osei Owusu , on Tuesday declared as null and void Parliament's rejection of the government's 2022 budget and economic policy statement.

According to the sit-in Speaker of Parliament, the rejection of the budget statement by 137 minority members was unconstitutional, and that the Speaker, Alban Bagbin, erred in his ruling.

Joseph Osei Owusu based his ruling on Tuesday on Article 104 of the 1992 constitution, which forbids Parliament from taking certain decisions until it has at least half of the number of MPs present in the chamber.

“The Speaker appeared not to have paid attention to the Constitution and procedural provision. I'm certain that given his expertise, he would not have made this error if his attention was drawn to it. The consequence of this unfortunate error is that it is void and inconsequential, since it was done in violation of Article 104 (1) of the constitution,” he said.