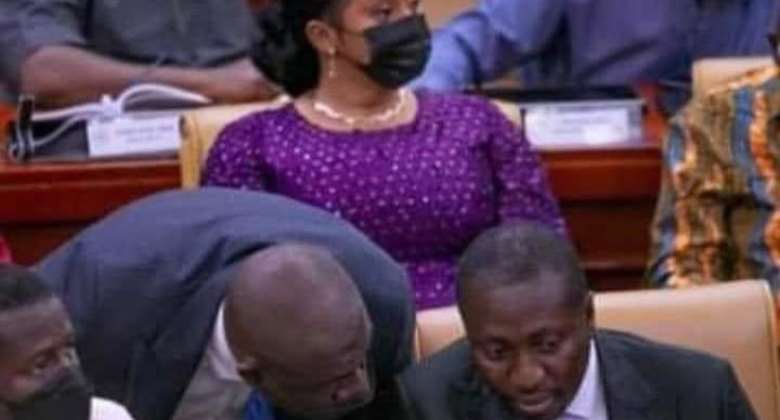 The Member of Parliament for North Tongu Samuel Okudzeto Ablakwa has said the Majority in Parliament sneaked into the House Sarah Adwoa Safo's look-alike to artificially inflate their numbers in Tuesday's budget approval.

He told the host of Joy FM’s Super Morning Show on Wednesday that the Minority Caucus suspects the lady the Majority side brought in was not the Dome Kwabenya MP.

“Following pictures and videos we are reviewing this morning, it is becoming quite apparent to us that there may be a case of impersonation with regards to the lady who was presented as Adwoa Safo. It’s beginning to appear that she may not be Adwoa Safo,” he said.

According to him, the Minority in Parliament is digging into the alleged impersonation of the Dome Kwabenya MP who he claims is air bound.

President Nana Addo Dankwa Akufo-Addo extended the leave of absence from office for Sarah Adwoa Safo who doubles as the Minister of Gender, Children and Social Protection.

In a statement dated Wednesday, October 6, 2021, signed and issued by the Director of Communications at the Presidency, Mr Eugene Arhin, it was explained that Ms Safo's leave was to have ended August 31, 2021.

It added that Adwoa Safo sought leave of absence for personal reasons.

"In her absence and until further notice, President Akufo-Addo has directed the Minister for Sanitation, Cecilia Abena Dapaah to act as caretaker Minister for Gender, Children and Social Protection," the statement added.