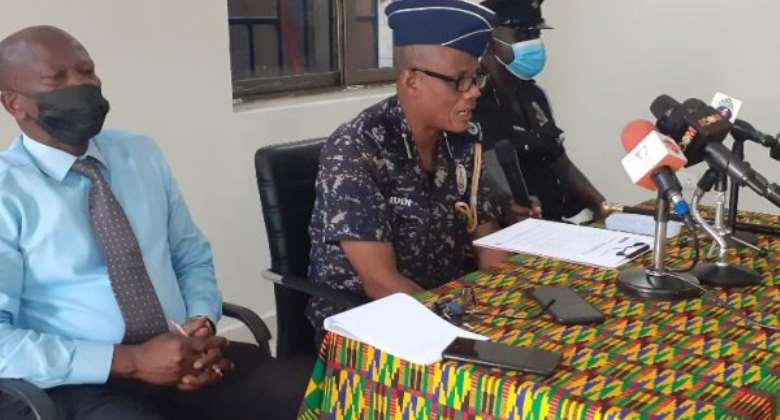 The Accra Regional Police Command has asked the public to be cautious of car snatching operations by criminals ahead of the yuletide.

Deputy Commissioner of Police (DCOP) Iddi Seidu, the Regional Commander, noted that such activities were becoming rampant in the national capital and advised citizens to install tracking devices in their vehicles.

Addressing a press briefing at the Regional Police Headquarters on how a car snatching syndicate was arrested, DCOP Seidu asked the citizens to be security conscious and inform Police of suspicious characters.

He said the Command was enhancing police visibility before, during and after the Christmas festivities and called for support from all.

On the arrest, the Regional Commander, said one Ebenezer Owusu, a 27-year-old mechanic and resident of Kwadaso Amangoase, together with another, (on the run) feigned interest in the buying of a Toyota Tacoma valued GHC160,000.00.

He said Owusu sped off with the unregistered black Toyota Tacoma under the pretext of test driving it at Madina.

DCOP Seidu said a report was made by the owner and Police Mobile Patrol Team was assigned to pursue it, which led to Owusu's arrest at North Legon.

He said Owusu in his cautioned statement, told the Police that he had asked God for a posh car to ride with ladies, thus he took advantage of the opportunity to actualise his dream.

DCOP Seidu said the Police were investigating the case to get his accomplice, adding that he would soon be arraigned.