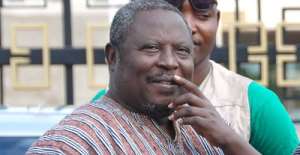 The current economic hardships largely occasioned by excessive taxation meant to finance profligate but reckless lifestyles of the few bourgeoisies in Akuffo Addo’s government, are by-products of the election of Akuffo Addo as President in the 2016 general elections. So, anybody, group of persons or institution who/which participated in hoodwinking the people into believing that President Akuffo-Addo was actually the Messiah sent to make Ghana a first-class heaven, cannot play victims now that things have turned out not to be what they were promised.

Yes, we can forgive a few individuals who genuinely bought into the expensive but unrealistic slogans, and ultimately thought that Nana Akuffo-Addo could be the better alternative to President John Mahama. However, the likes of Mr. Martin Amidu, Manansseh Azure Awuni, Papa Kwesi Ndoum and that cabal who were practically exploited of their raw hate, jealousy, greed and selfishness and used against President Mahama, cannot be forgiven and should not seek to play victims today.

I was awoken this morning by a usual epistle authored by Mr Martin Alamisi Amidu with the heading…” The Arrogance and Impunity of Power—The Parliamentary Rejection of The 2022 Budget Statement and Policy.” Although I am an ardent reader of his epistles but, my appetite got gravely whetted because of subject matter (2022 budget) and the issues relating to its rejection by the minority group in Parliament. In the end, I got disappointed when my curiosity was not satisfied, because he was playing the usual blame game and not any legal submission that will settle my confusion about the legality of what happened in Parliament last Friday, 26th November 2021.

Beyond addressing the issues of arrogance of power and the impunity that characterize the government for the past 5 years, which are known to all Ghanaians, Mr Martin Amidu attempted to blame a certain former finance minister under an NDC regime and the NDC minority in Parliament for approving the current finance minister to start with. His issue is that, the hardships we are facing and the more hardships we are yet to face when the implementation of the 2022 budget starts in January next year, are all as a result of the approval of the current Finance Minister. To him, if Mr Ken Ofori Attah, who he referred to as the Co-President was rejected by the Minority in Parliament, he wouldn’t have been around to inflict these pains on Ghanaians.

Although I was one of those who was bruised and disappointed by the decision to approve Mr Ken Ofori Attah and some NPP ministers, I am unable to accept this assertion, since the Finance Minister only submitted to Parliament the budget and policy document on behalf of President Akuffo-Addo and his economic management team. Assuming Mr Ken Ofori Attah were the Co-President as opined by Mr Martin Amidu, I still won’t accept that the hardships ordinary Ghanaians are facing today must be blamed solely on him and not Akuffo Addo, Bawumia and the entire NPP government.

My main issue with Mr Martin Amidu is why he thinks somebody else and not he, should be blamed (partly or wholly) for getting Nana Addo elected to begin with. Whatever that is happening today are only the products of the election of Nana Addo in 2016. The impunity and arm-twisting President Akuffo Addo adopted to get the EC to hurriedly and recklessly declare him President in 2020 were all borne out of the election of his unfortunate election in 2016.

When Mr Martin Amidu mounted baseless attacks on President John Mahama in the run up to the 2016 general election purely on account of hate and petty gossips, I don’t want to believe that he was being selfless, nationalistic and indeed believed that Nana Addo could fight corruption. A lawyer of his repute should not author an article in which he described President Mahama and his appointees as “thieves” and when asked under oath to adduce evidence to support same, he sadly and shamelessly said those comments were made on the accounts of hearsay.

When appointed the Special Prosecutor, Mr Martin Amidu still went to defend President Akuffo Addo and his government, while playing their game of chess to disgrace and hunt President Mahama down. At the time the citizenry were interested in their Special Prosecutor to investigate very conspicuous corruption cases like the PDS thievery, the BOST scandal, the 500 missing excavators and the like, Mr Amidu spat on our faces and told us that his office had no jurisdiction in those cases.

Conversely, Mr Amidu was chasing some ghosts and skeletons in a so called Airbus scandal, which even if true at the time, did not have any bearing on the cost of living of Ghanaians. He spent our taxes in futility in investigating that issue. At the time Ghanaians wanted their Special Prosecutor who now had the power and a defined legal locus to chase Woyome for their GHC 51m, Mr Amidu was interested in chasing Hon Ayariga to come and explain why he embossed his name on an Ambulance. Isn’t this ridiculous?

To make matters worse, Mr Amidu will still issue statements to attack his supposed opponents and in the same piece, he will absolve President Akuffo-Addo of any blames of corruption in his government. The time Mr Amidu realized Nana Addo was the MOTHER SERPENT OF CORRUPTION, was when he was haunted out of office. When was he baptized? When did the Holy Ghost opened his eyes?

One would have thought that Mr Amidu would apologize to President Mahama for all the baseless allegations and the naked attacks on his person, his integrity and his office as a President. Well, ego and self-praise won’t let him. To hell with this issue of a former Finance Minister influencing the NDC MPs to approve Mr Ken Ofori Attah. That isn’t the problem, but to get Akuffo elected in 2016 by painting President Mahama black and declaring him the demon of our democracy, was where the problem started.

Interestingly and coincidentally, Mr Amidu did all the dirty works against President Mahama and openly campaigned for Akuffo-Addo at the time he was a Cadre, a former appointee of both the first and second NDC and a self-acclaimed lover of Rawlings (RIP Founder). Such a person should not seek to play a victim today when the President he and his cabal imposed on us in 2016 is now arrogant and ruling with impunity.

My respected Martin Alamisi Amidu, next time you are ask to chew the palm of a monkey please, check your own palm to be sure they two don’t look alike. Stop playing a victim, because you are not one but a conspirator.

More Feature Article
ModernGhana Links
How We Are Dying Because Of Eating
Social Democrats
The E-Levy Policy; Everything You Should Know
The Parable Of The Sod Cutter
The Leader Ghana Does Not Deserve
Double standards please easy minds
We need a ‘new Ghanaian’ to cross over new precipices we face as a nation
When a country destroys itself slavery comes to life
A Nation Forever Lamenting: “Ei! Ei! Ei…Oh!…Oh!…Oh!”
TOP STORIES