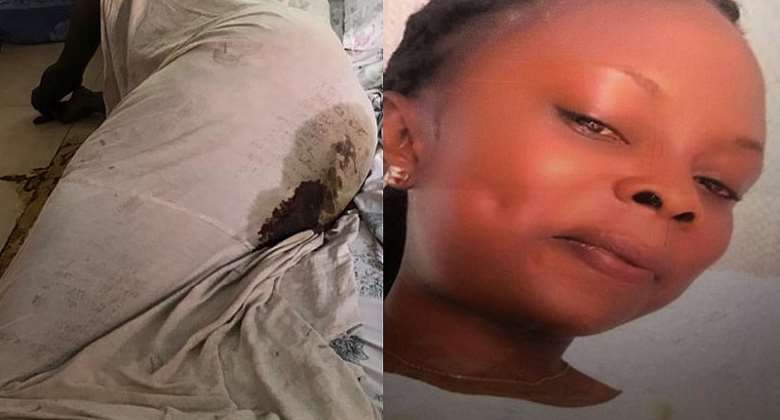 A lady believed to be in her early 30s has allegedly been murdered by her boyfriend at Atwima Koforidua in the Atwima Nwabiagya North District of the Ashanti Region.

Juliana Kyerewaa Darko, a bread seller at Kumasi Adum, is suspected to have died on Thursday, November 25 2021.

Her decomposed body was however found on Saturday, November 27, 2021.

Speaking to this reporter, Mr Samuel Adu, Landlord of the deceased disclosed that the lifeless body was found in her room three days after her boyfriend who had earlier visited her left the compound.

He added that the suspect whose is a regular visitor of the deceased had been with her for about three days prior to her death.

"He came to see her and spent some time with her as usual and so we suspected no foul play.

"I saw the man leaving our house early Thursday morning but never suspected something bad had happened to our tenant,” he noted.

Mr Samuel explained that they got alarmed for not seeing the deceased for about three days in the house.

He noted that without any knowledge of her whereabouts, neighbours decided to check her room which was locked from outside.

The landlord indicated that earlier that morning, they noticed a stench emanating from the direction of the deceased's room but mistook it for a dead mouse.

According to him, police officers were immediately invited to check as they begin to suspect it was the deceased.

He added that the room was forcefully opened by the police only to discover the dead body.

The landlord stressed that there were bloodstains on her bed with one of her hands twisted in what they suspected maybe a struggle between the victim and the killer.

The body has been conveyed to the Okomfo Anokye Teaching Hospital for further investigations.