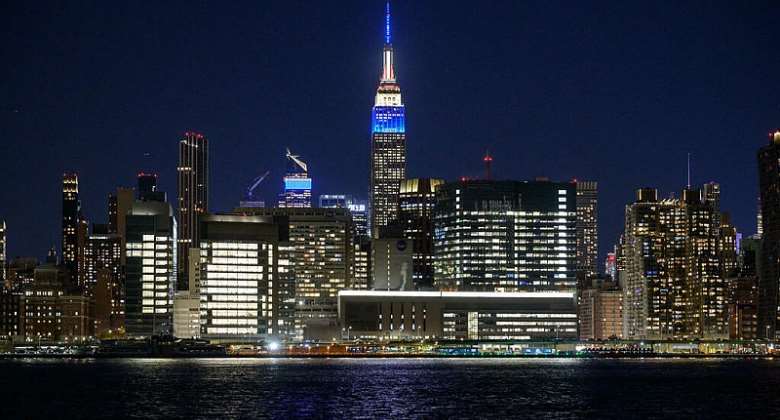 New York's Empire State Building lit up in the French national colors on Monday evening to honor Josephine Baker, on the eve of the US-born singer, dancer and rights activist's entrance to the Pantheon in Paris.

Baker will become the first Black woman to be honored in the Pantheon mausoleum, the final resting place of leading figures in the history of France.

As night fell, the building's tricolor top and spire gleamed among Manhattan's city lights, whilst on the 86th floor viewing deck, an event to celebrate Baker took place.

French basketball player Evan Fournier, who plays for the New York Knicks, paid tribute to the "courage" of a woman who was a heroine of the French World War II Resistance and a seasoned anti-racist activist.

"When you look at what happened last year or two years ago, she was ahead of the curve in her time," he said, referencing massive protests that rocked the United States after the murder of 46-year-old Black man George Floyd.

One of Baker's 12 adopted children, Jari Bouillon-Baker, 68, was also present to pay tribute to his mother.

Baker took French nationality in 1937.
Nearly half a century after her death a coffin containing earth from four places Baker lived will be placed in a tomb assigned to her in the Pantheon's crypt in Paris.