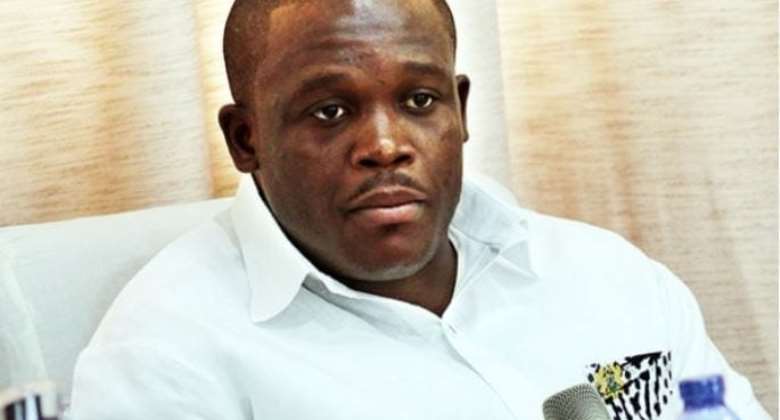 Member of Parliament for Ningo Prampram, Sam Nettey George says the Majority side showed a lack of leadership in walking out of Parliament last Friday.

This follows the misunderstanding that ensued between the two sides over the 2022 Budget Statement, leading to a rejection of the budget.

First time entrant to the House, MP for Impraeso Davies Opoku Appiah was seen shouting in resistance to the proceedings and at a point charged all members of the Majority to walk out including the First and Second Deputy Speakers.

Their walkout, though initially intended to enhance the party’s attempt to get the budget approved, turned out to be a bad move as their own party members express regret over the action.

Majority Leader and Leader of Government Business in the House, Osei Kyei Mensah Bonsu subsequently admitted in an interview on GTV that cool heads needed to have prevailed in the melee that ensued on Friday.

But the Ningo Prampram MP told Randy Abbey on Metro TV’s Good Morning Ghana that “clearly the Front Desk of the Majority side have questions to answer to their people, they failed.”

“I need to say and state unequivocally that the Majority side is suffering from a failure of leadership, and this failure of leadership is eminent for all to see. It took an MP who has not spent up to 12 months in the House to order the entire Majority side out of the House, including the First and Second Deputy Speakers...He showed leadership and he said let's walk out, and they all followed him,” he recounted.

He indicated that the posture of the Majority side after the Friday occurrence is one that will further hurt the process of healing and reconciling the House.

You have collapse the economy, now you want us to pay E-Levy...
34 minutes ago