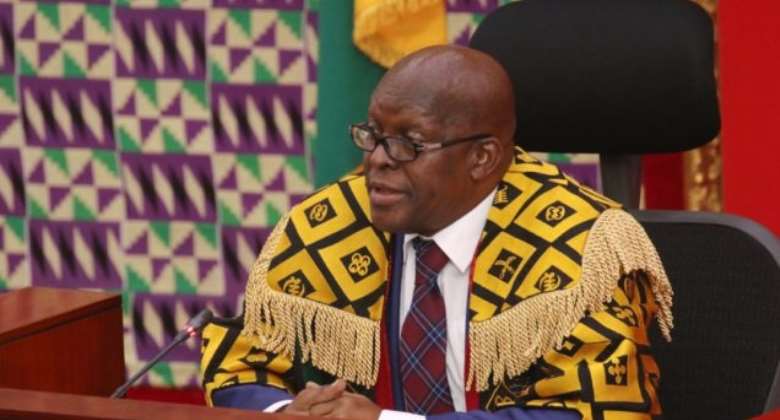 The Office of the Speaker of Parliament has said Speaker Alban Bagbin is entitled to routine medical checkups to be fit for Parliamentary duties.

It assured citizens of the Speaker’s “commitment to protect the public purse at all times.”

The assurance comes on the heels of a statement from parliament announcing the travel schedule of the Speaker dated November 26, 2021, addressed to the head of the Ghana Mission in UAE.

The statement suggested that the Speaker was visiting the UAE for medical review.

A separate statement from the Office of the Speaker, issued and signed by the Speaker’s Counsel, Mr Magnus Kofi Amoatey, noted: “Let it be placed on record that the Speaker is accompanied by four officials to the exclusion of his Aide-de-camp, protocol officer, butler and other relevant staff.”

It continued: "As part of their conditions of service, Speakers of Ghana’s Parliament are entitled to such routine medical checkups, just like officials of the Executive and Judiciary arms of government".

"It is worth noting that it is not only the Speaker of Parliament and his Deputies that are entitled to such a facility but and the entire leadership of the House are also entitled to the same facility and continually resort to it when the need arises".

It indicated that the current Speaker of Parliament, “being mindful of the times in which the country finds itself, travelled with a comparatively skeletal staff, taking into consideration, the economic situation of in the country and bearing in mind, the need for frugal and prudent spending".

“The Speaker has, on a number of occasions, stated openly and continues to maintain his position for Members of Parliament to help safeguard the public purse and, so, has been mindful of same in all his dealings as a Speaker.”

It advised that “the health issues of the Speaker and that of other office bearers are not politicised as anybody could be taken ill at any time.”

The Speaker left Accra on Saturday, 27 November 2021 with his entourage.