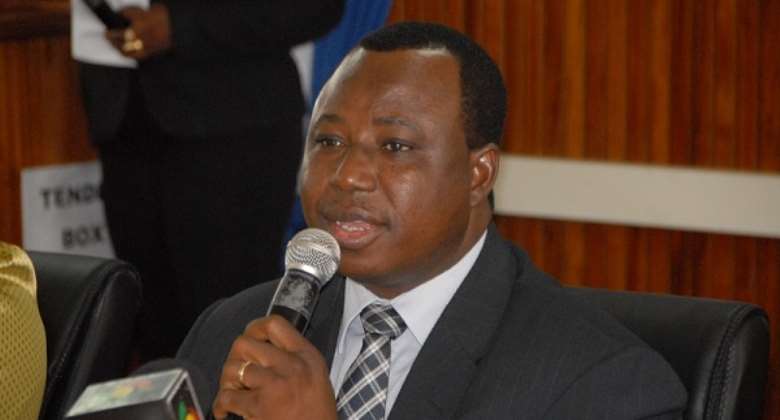 The Commission on Human Rights and Administrative Justice (CHRAJ), has called on Parliament to be cautious and circumspect in the consideration of the anti-LGBTQI+ Bill currently before it.

CHRAJ gave the advice on Monday, November 29, 2021, when it appeared before the committee holding public hearings on memoranda for the bill.

According to CHRAJ, Section 104 was sufficient as it has already criminalized the acts of LGBTQI+.

The Commissioner of CHRAJ, Mr Joseph Whittal, said Parliament can amend section 104 of the 1992 Constitution instead of passing a new bill to criminalise it.

“Section 104, If there are limitations to 104, we can proceed to amend it instead of coming with a Bill that criminalises all over again.”

“If the [Parliamentary] committee believes that the species of activities that are covered under Section 104 in the light of the fact that it is an old legislation, require further improvement by an amendment, that will take care of current and future possible activities, which you would want to criminalise, I say you should go ahead, and that is something you should be looking at instead of this [anti-LGBTQI+] Bill,” said.

He thus asked Parliament to be careful with the bill.

“I think section 104 is sufficient and if it is not sufficient, we can make an amendment of that position sufficient to deter people along those lines and not to open up so that anyone of us, like me [Whittal] as a member of the commission or commissioner of CHRAJ with a mandate to promote human rights, if I decide to speak on behalf of minority and the vulnerable, then I'm opening myself to possible criminal prosecution, why will that be. We need to be careful as we consider the Bill.”

Meanwhile, the sponsors of the anti-Lesbain Gay Bisexual Transgender and Queer (LGBTQ+) Bill have also asserted that activities of the LGBTQ+ community are a threat to the family construction of Ghanaians.

One of the proponents of the anti- LGBTQ+ Bill and MP for Ningo Prampram, Sam George has asserted that sexual orientation is not a fundamental Human Right and therefore, Article 12 (1), of the constitution cannot be used to reject the bill.

He made this known when he appeared before the committee on Monday, November 29, 2021.

“These rights in their state are not absolute. The rights can be enjoyed between certain boundaries. No right in the 1992 constitution is absolute. There are basis in the constitution for the curtailment of every right.”

Reconstruction of damaged Bogoso to Anyanfuri road begins
7 minutes ago

Appiatse explosion: victims don't want to be discharged from...
7 minutes ago