Officer arrested for forcefully kissing the thighs of woman remanded 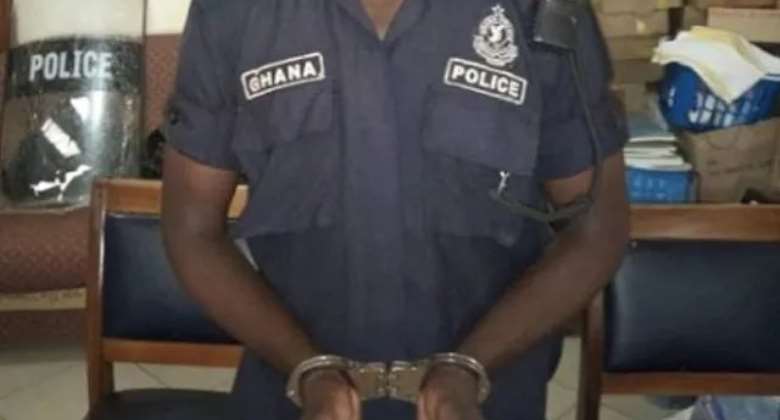 The Police Officer arrested for allegedly harassing a woman in a car has been remanded into police custody after facing court on Monday, November 29, 2021.

General Lance Corporal Victor Antwi Yeboah of the Bono Regional Police Command was arrested over the weekend after a video of him touching and attempting to lick the thighs of a woman went viral.

The court presided over by His Worship Eric Denning ruled that he should reappear on Wednesday, December 1, 2021, after he pleaded not guilty to the two charges.

Below is a release from the Ghana police service detailing what ensued in court today: