5 Life Lessons From The National Science And Maths Quiz (nsmq) 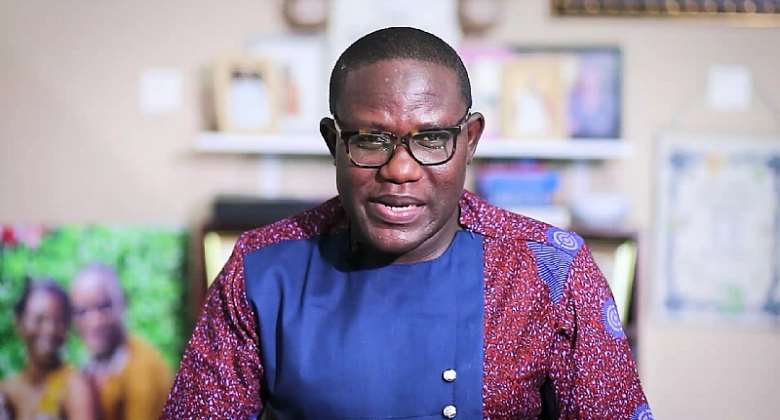 Undoubtedly, Primetime’s National Science and Maths Quiz (NSMQ) has become one of the most consumed contents in the country lately. The viral event has become an avenue for both the young and old to reminisce their days in high school as they throw their weight behind the contestants.

The highly competitive event has caught attention from every nook and cranny of this nation. Corporate bodies are riding on the show’s relevance to reposition themselves as sponsors. Above all, courtesy NSMQ, school managements and old student bodies are investing heavily into the resources of their schools.

In these few years, the much-talked-about quiz competition has brought to the limelight schools which were previously underrated. Some supposed first-class schools have been mercilessly whipped by these less known schools.

The competition points out to us the fact that intelligent students are being evenly distributed among high schools and, as such, one doesn’t necessarily need to be in a famous school to pass their exams. This will put less pressure on parents as it widens the choice of schools for their wards.

Though a mere competition, NSMQ carries some deep life lessons everyone could learn from if they paid attention. Here are a few of such;

Complacency makes us perceive success as a destination!

Year after year, NSMQ brings shocks our way. Big schools are floored by less endowed schools. This year, great schools like Adisadel and St. Augustine’s were axed out under similar circumstances. Some of these famous schools assumed their competitors were a walkover only for them to be walked over.

No matter how we look at it, the competition confers on schools some glory while it takes same from others. It adds value to schools that progress to a certain stage.

In life, complacency is a big threat to who and what we could be in future. When we become full of our past glories, our lives become stagnant. To others, success is an endless journey. To us, however, it will become a destination. We are soon satisfied with the little we have.

Complacency makes us abandon the vehicle of hard work when we are only in the middle of our journey. It convinces us to stop dreaming big. It steals our future success because we don't make the sacrifices we used to anymore. It makes us content too early in life.

The top is for anyone who is willing to sacrifice to climb there!

We have observed how some big schools have been toppled over by schools no one ever imagined they could. For instance, Ketasco kicked out Wesley Girls to make it to final. Who would have ever thought this could happen!?

Everybody must come to the understanding that the top is not for only a particular group of people. Anybody can climb to the greatest height in life if they want to. As long as they are willing to pay the price, any prize is achievable.

Winning is a strategy. If we can come to terms with our strengths and weaknesses and those of the challenges that confront us, we can win. If we can take advantage of every opportunity that comes our way, we can be winners.

All the people we so much admire are not super humans. As human as we are, we can achieve as much as they have… if not better. All of life’s goodies are in the extra mile zone. If we can position ourselves in this zone, we will gradually find our way to the top.

Questions asked at the NSMQ are difficult. The more the competition progresses, the harder the questions become. If you see these students answer these questions with ease, it tells how prepared they are for the competition. Their teachers have sacrificed so much to get them on that stage. Investments have come in from different quarters to make them yield the results you see on stage.

No one can climb the success ladder alone. Success work is team work. It requires the intentional efforts of others to help push us to the top. Anybody you see at the top has people rooting for him at the bottom. They didn’t get there all alone.

If we want to win in life, we need to be conscious about our company. Everybody around us becomes a part of our team intentionally or unintentionally. Team building is key to success. If we surround ourselves with visionary people, they will be our ladder to the top.

Goliath paid dearly with his life when he underrated the young shepherd David. In the NSMQ, many topnotch schools have paid dearly as well for underestimating some schools. Some assumed these underdogs had nothing to offer so prepared only little.

In life, we must learn to take nothing for granted. We underestimate people at our own peril. Our greatest weakness is when we let our guards down when we meet underdogs. They will maul us!

In business, underrate no one. In sports, take no one for granted. In your relationships, don’t be ignorant of what others can do to you. Those we underestimate cause the worst harms.

The real heroes are always backstage!

On the stage of the quiz, we see only the contestants. We hear only their voices. We even get to know some by names. Those who thrill us most become our stars. We literally adore their brilliance. However, those who made them are always backstage ― their trainers and teachers. No one ever gets to meet or know them.

In life, the greatest people are not often those in the limelight. They are those who made those in the limelight. When you see a great football star, his real hero is the person who gave him the opportunity to play for the first time. When you hear a great singer sing, their real heroes are those who spend sleepless nights adding value to their voice. We may never meet these real heroes.

When you someday get to the top, honor the real heroes in your life. Without their sacrifice, there would have been no you. Some lent their shoulders to you for you to reach where they never could.

The writer is a playwright and Chief Scribe of Scribe Communications, an Accra-based writing company (www.scribecommltd.com). His play, Emergency Wedding, is on December 18, 2021 at National Theater. Visit www.scribeproductions.com for more details.

What's the big deal if military is withdrawn from Speaker Ba...
2 minutes ago

Bogoso explosion: 500 houses blown into pieces at Appiatse
4 minutes ago