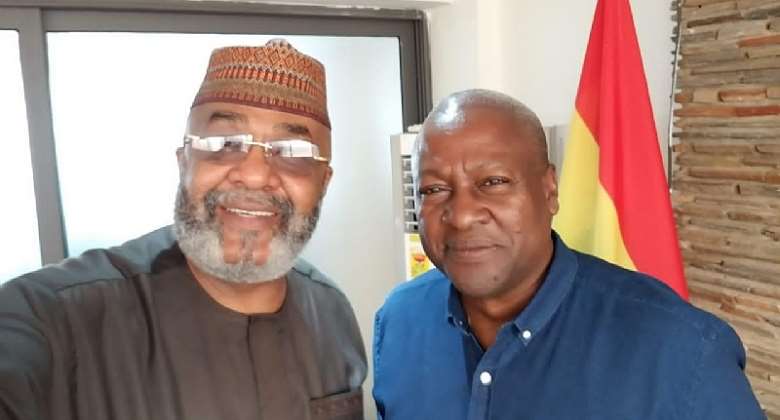 A Vice-Chairman of the largest opposition National Democratic Congress (NDC) Amb. Alhaji Said Sinare has reiterated calls for the rank and file of the party to unite and keep their focus to ensure victory in 2024.

He said, “nothing can stop a United NDC.”

According to him, the words of Woodrow T. Wilson “We cannot be separated in interest or divided in purpose. We stand together until the end. This is what should guide us and no barrier or hurdle would be too difficult to cross.”

He pointed out that events that led to the election of the Speaker of Parliament and the disapproval of the 2022 budget were enough evidence of what a united party could do.

“Our MPs have shown and thought us in the past few weeks of what unity can achieve, hence the need for members to close their ranks, put the past behind them and put their hand to the plow to guarantee absolute victory for John Mahama and the NDC in the 2024 elections."

Interacting with the former Ambassador to Saudi Arabia Alhaji Said Sinare after he donated relief items to tidal waves victims in the Volta region, he said the NDC is winning the next elections and nothing can stop it. "It’s going to be 'do or die' as our leader has stated. We will march with United legs and sing with a United voice to the presidency."

He posited that members of the party should look at the bigger picture and be committed to the cause of victory "because when there is no enemy within, the enemies outside cannot hurt us within."

He called on all and sundry to exhibit their unalloyed support and dedication to John Mahama and the NDC for a one-touch victory in 2024.

The firebrand politician appealed to the masses to be fearless when it comes to elections in 2024.

The former Ambassador reiterated that the 2024 elections will be a 'do-or-die' affair, especially at the polling stations across the country.