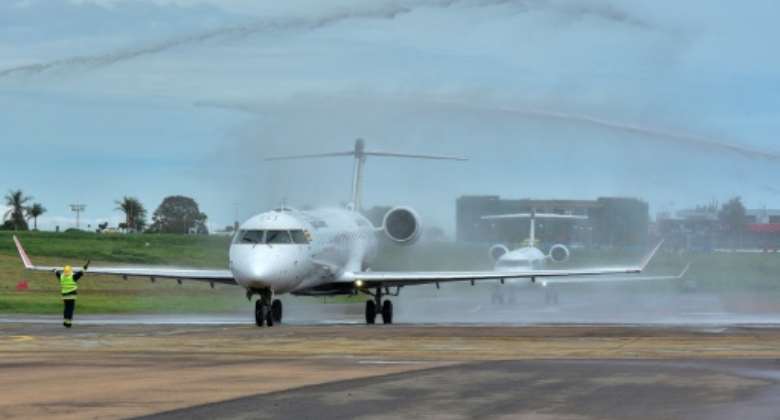 China has denied reports it could take control of Uganda's international airport should the government in Kampala default on a $200 million loan from Beijing.

"The malicious allegation... has no factual basis and is ill intended to distort the good relations that China enjoys with developing countries including Uganda," a spokesman for the Chinese embassy in Kampala said late Sunday.

The denial followed reports in the Daily Monitor newspaper last week that Uganda could surrender Entebbe International Airport should it default on a 2015 loan from Beijing to expand and upgrade the facility.

The report caused a stir in Uganda, with a photoshopped image of the Chinese flag flying over the airport and another with a mock banner reading "Welcome to China Entebbe International Airport" being shared widely on social media.

"Not a single project in Africa has ever been confiscated by China because of failing to pay Chinese loans," the embassy spokesman said.

Uganda's Civil Aviation Authority also denied the report, saying the government could not surrender a national asset in such a manner.

"We have said it before and repeat it that it has not happened and it is not going to happen," it said in a statement issued late last week.

Work on the Entebbe expansion by state-owned China Communications Construction Company began in March 2016. The project is expected to be completed by the end of 2022.

Beijing has been criticised in the past for lending too much to poor countries without scrutinising their ability to repay, and its vast loans to cash-strapped African states have fuelled concerns about debt traps.