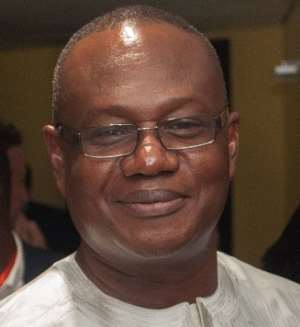 Ghana’s former Interior Minister, Prosper Bani, is part of a nine-member Commonwealth Election Observer Mission mandated to monitor the presidential elections in The Gambia in December.

“We recognise the significance of this presidential election to the people of The Gambia, and the historical context in which this contest is taking place,” Mr. Bani wrote in a statement released on behalf of the observer group.

“We also recognise the particular challenges posed by the ongoing pandemic - both in terms of campaigning and election administration.”

The statement added: “Our mandate, as set out in the Commonwealth’s ‘Revised Guidelines’ for election observation is to observe and evaluate the pre-election environment, polling day activities and the post-election period. We will consider whether conditions exist for a credible, transparent and inclusive election.”

The election is scheduled for Saturday, 4 December 2021.

The delegation is headed by a former Nigerian president, Olusegun Obasanjo.

As part of its pre-election duties, the group will meet with various stakeholders, including political party heads, state security officials, civil society groups, citizen observer and monitor groups, and the media.

It is also required to deploy observers in small groups to each of the country’s six regions to observe electoral preparations and meet with stakeholders in their respective areas, two days to the election.

On Election Day, the Group will observe the opening, voting, closing, counting and results management processes.

The interim statement of its preliminary findings will be issued on 6th December and the Group is scheduled to leave Gambia by 10th December.

Below are the names of the nine members of the Commonwealth Observer Group: