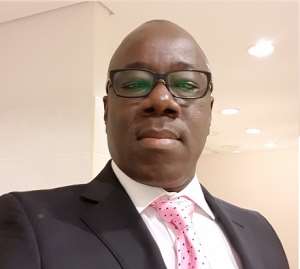 The timing of the Finance Minister’s consensus building in Parliament last Friday during the final debate of the 2022 budget was wrong, according to the Executive Director for Africa Center for Parliamentary Affairs (ACEPA), Dr. Rasheed Draman.

He said even though building consensus was a very good attempt “the consensus that he sought to build was too late in the day.”

Dr Draman noted, “That was not the moment, the moment when the vote was going to be cast was not the moment to build consensus. That had to be done way before and as soon as he presented his budget, there were concerns from the Minority side, so maybe he should have engaged them earlier. And then we would have averted the situation that we had on the floor.”

Ghana’s Finance Minister was ordered out from the Chamber of Parliament by the Speaker, Rt. Hon. ASK Babgin to pave way for the voting process.

Even though Members of the Majority side were unhappy with the action of the Speaker, they argued that the Finance Minister was trying to build consensus, an argument experts say it would have been better for him to have done it outside the House, even before the day of the voting.

His failure to build proper consensus led to the rejection of the 2022 budget statement by the Minority side of the House who were there in their full numbers.

Their counterparts staged a walk out over allegations of unfairness by the Speaker of Parliament, Alban Bagbin.

According to Dr. Draman, he and some others had said from the beginning of this 8th Parliament that its character was different from the previous ones.

He noted that it was therefore very important from the very beginning of the sitting to find some mechanism to make sure that both sides continuously talk to each other, since that was the only way the House, and for that matter, Ghana could get a lot of things done.

“Walk outs have been very common. People would walk out and decisions would be taken, so I think that let’s be clear about it, you can go and read the Hansard in the Parliamentary record, people have walked out, the NDC has walked out several times and the NPP have taken a decision, the NPP have walked out several times the NDC has taken a decision… And you talk about the quantum of the numbers which is the point of contention, half of the House will be 137.5 Human Beings so the lawyers would now have to tell us how to get the point five human beings. Otherwise then realistically, half would mean 137 that’s the NDC side of the House,” he stated.