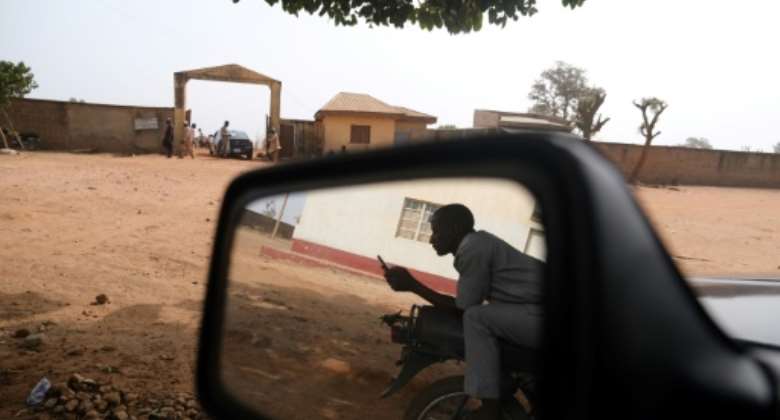 Several states across northwest Nigeria have imposed some form of telecoms ban in a bid to halt bandit attacks. By STR (AFP)

Local government officials in northern Nigeria's Zamfara state have lifted a near three-month telecoms shutdown imposed to end a surge of violence and kidnappings by criminal gangs.

Zamfara governor Bello Matawalle said Saturday that there had been "encouraging reports of successes achieved in the state from that stringent measure," aimed at disrupting communications between armed groups in the Rugu forest that straddles the Zamfara, Kaduna, Katsina and Niger states in Nigeria's northwest.

Matawalle's decision to lift the blackout came into effect on Monday, his office said -- although telecom services were yet to be restored in the morning.

"This is a huge relief to everyone in Zamfara and calls for celebration," said Aliyu Umar Goga, a footwear trader in the town of Tsafe.

Northwest and central Nigeria have become targets of heavily armed gangs, known locally as bandits, who raid communities to steal cattle and kidnap residents for ransom after looting and burning homes.

The shutdown was aimed at disrupting coordination between the bandits and preventing them from getting information about troop movements, as the military launched offensives on their camps.

Shoe trader Goga had been getting his consignments from footwear dealers in northern Nigeria's commercial capital Kano, placing orders by phone and paying by electronic transfer.

The supplier would load the consignments on a bus which would deliver them en route to the state capital Gusau.

"I have no way of contacting my suppliers in Kano and have no access to electronic cash transfer for the goods," Goga said from Gusau.

After persistent public outcry Matawalle lifted the shutdown in Gusau on October 2 to "ease the hardship faced by both the private and public sectors," according to a statement from his office.

However the telecom blackout remained in place across the state, on top of a raft of restrictions including bans on selling petrol in jerry cans or moving cattle across state borders and the closing of local markets to cut supplies to the bandits.

Phone vendor Lawwali Ado said the shutdown amounted to robbery of "an army of youth" in rural communities, whose incomes come from services related to mobile phones.

"Most of them have been jobless since the shutdown and the tendency of being lured into the fold of bandits increases as the shutdown lengthens," Ado added.

Authorities in Zamfara said the telecom suspension aided the military operation against bandits and reduced attacks on communities.

But some residents blamed the shutdown for attacks that could have been avoided.

Rural communities were using mobile phones to alert each other about movements by the gangs, who often travel in large numbers on motorcycles.

"People fleeing their village would just phone the next community of the approach of the bandits, giving them prior notice to escape," said Gusau resident Haruna Abdullahi.

"But the shutdown robbed communities of that opportunity and bandits would attack unannounced, and such attacks were hardly reported due to lack of phone access," he added.

On Friday authorities in Kaduna State also lifted a telecom blackout imposed on some parts of the state.

Information commissioner Samuel Aruwan said security agencies had signed off on the move.

A telecom shutdown is still in force in parts of Katsina and Sokoto states after bandits fleeing the military operations in Zamfara relocated there.

They continue to carry out attacks on communities.