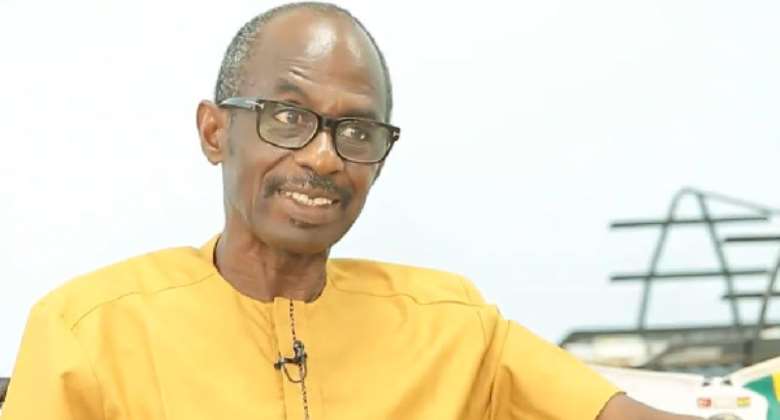 The General Secretary of the National Democratic Congress (NDC), Mr. Johnson Asiedu Nketia said he had a seat reserved for him in the Chamber of Parliament during the final debate on the 2022 budget last Friday.

According to him, he saw empty seats being reserved for the NPP’s General Secretary and Chairman who were not in Parliament at the time.

“At public gallery, I had the clerks of Parliament walk up to me that I have a reserved seat in the chamber but I refused to take it since there was no official invitation to me to that effect.

“In the chamber, I saw empty seats reserved for the NPP’s General Secretary and Chairman who were not in Parliament during the debate on the 2022 budget.

"Their empty seats were labeled,” he stated.

He stressed that nobody can accuse him of doing politics in the public gallery.

Last week Friday, Parliament presided over by Speaker, Mr. Alban Sumana Kingsford Bagbin, rejected the 2022 budget and policy statement after the Majority caucus walked out of the chamber in protest to the presence of Mr Nketia in the public gallery of the house during the final debate on the budget.

The Majority walked out at the instance of the Member of Parliament for Mpreaso Constituency in the Eastern Region, Davis Opoku Ansah.

Speaking on the ‘Ghana Yensom’ morning show hosted by Kwame Appiah Kubi on Accra 100.5 FM on Monday, November 29, 2021, Asiedu Nketia entreated the political neophytes in the Majority Caucus to take steps to know the rules of engagement as well as the standing orders of Parliament before they come to speak on matters of national interest.

“There is the need for some of these new Members of Parliament to take the pain and read the rules of engagement and the standing orders of the floor of Parliament,” the NDC scribe urged.

“It is important that some of these belligerent NPP MPs learn the rules of Parliament and stop playing to the gallery,” he warned.

Mr. Nketia known in the political circles as 'General Mosquito' in responding to the claims of the Majority caucus that they left the chamber because of his presence reminded the NPP MPs that Parliament's public gallery is a place for the members of the public and it is only the Speaker of Parliament who can close the public gallery.

He stressed that the speaker can only close the public gallery if Parliament is having a closed session, behaviors that disrupt proceedings in Parliament like clapping, use of cameras, mobile phones, wearing of political colours, holding of placards among others.