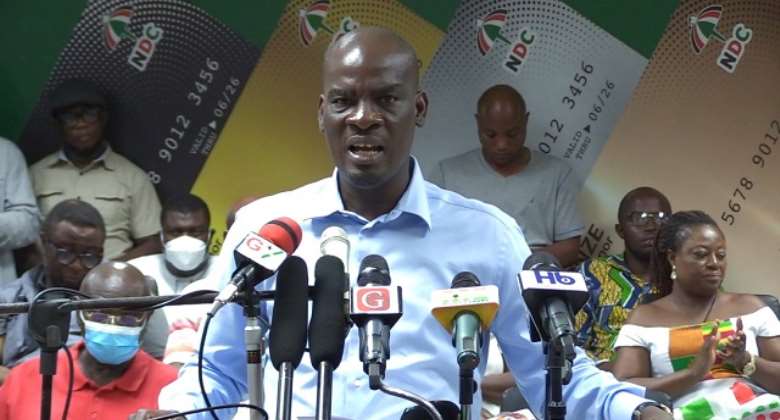 The Minority caucus in Parliament has taken swipe at the Majority side following the latter’s posturing after the rejection of the government’s 2022 Budget Statement and Economic Policy.

It said aspersions on the character of the Speaker, Alban Bagbin by members of the Majority is in bad taste and must not be tolerated.

In a statement, the caucus urged the Majority not to split hairs over the ruling by the Speaker that led to the disapproval of the budget but rather acknowledge their fault of imposing unnecessary taxes that are aimed at overburdening the ordinary Ghanaian.

“The Minority is shocked and disappointed at the recent attack of the Rt. Hon Speaker by the Majority Leader in his attempt to explain away their inability to show leadership in the House during the consideration of the 2022 Budget Statement and Economic Policy. The Minority wishes to strongly advise the Majority Leader and Government to accept defeat, acknowledge the rejection of the 2022 Budget Statement and Economic Policy by Parliament and focus on discussions on how to save the country from an imminent economic crisis”, parts of the statement read.

Last Friday, Alban Bagbin announced that the Budget Statement presented to the House on Finance Minister, Ken Ofori-Atta has been rejected as it was put to vote despite a walkout by the Majority side of the House.

This came about after the Minority members who were left alone in the Chamber won a voice vote when the motion for the approval of the budget was posed.

“Clearly, the No's have it. The motion is accordingly lost”, the Speaker ruled.

The decision did not go down well with the Majority. It accused the Speaker of unconstitutionally rejecting government's Budget. It argued that the action of the Minority and the Speaker of Parliament breaches provisions of the constitution and standing orders of the House.

But the Minority believes, the Majority should have itself to blame because “it is the height of irresponsibility that the Nana Addo/Bawumia Government could not marshal

the full strength of their Members of Parliament (MPs) to defend their 2022 budget before Parliament.”

The NDC caucus maintains only a reversal of the taxes in the budget will have it approved thus asking the Majority to do what is needed.

“Parliament has duly rejected the 2022 Budget. Until and unless the Government removes the draconian taxes and revises contained in the rejected budget, the NDC Members of Parliament remain unable to support such policies”, the statement signed by Minority Leader, Haruna Iddrisu added.