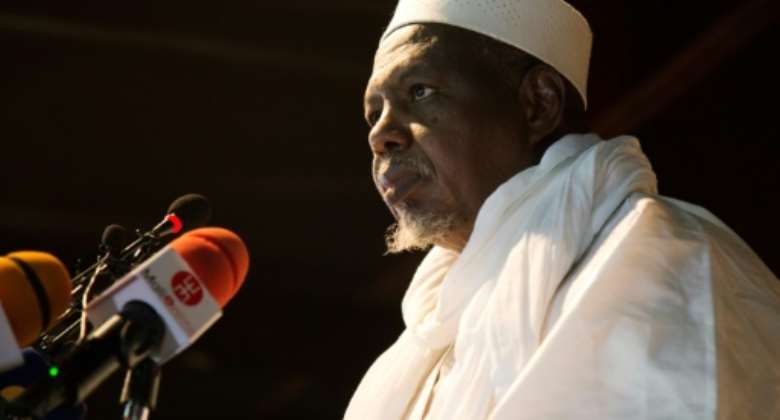 Imam Mahmoud Dicko on Sunday: 'I wanted to speak out, to say that things are not going well'. By ANNIE RISEMBERG (AFP)

Mahmoud Dicko, a Saudi-trained imam, was viewed as the figurehead of the wave of protests in 2020 against president Ibrahim Boubacar Keita, which culminated in his ouster in a military coup.

Mali has since been mired in turmoil, with coup leader Goita drawing broad condemnation for deposing the civilian rulers of an interim administration in May -- in a second putsch.

The 37-year-old strongman also survived an assassination attempt in July, and is facing international pressure to restore civilian rule.

Dicko, who had kept a low public profile since last year's protests, told a news conference in the capital Bamako on Sunday that he felt urged to address the situation.

"I wanted to speak out, to say that things are not going well," he said, explaining that Goita had declined an audience with him.

"We're not getting along together, nor with the rest of the world," Dicko added, saying that the "country's current isolation cannot continue".

The imam stressed, however, that he was not calling for fresh protests.

Mali is facing international pressure to swiftly stage elections, including from the regional bloc ECOWAS and the United Nations.

But Goita's government has refused to be drawn on a date, with his prime minister arguing that security takes priority over elections.

Swathes of Mali lie outside of government control because of a jihadist insurgency that first emerged in the north in 2012, before spreading to the centre of the country, as well as neighbouring Burkina Faso and Niger.