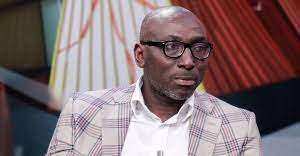 National Democratic Congress’ Director of Legal Affairs, Abraham Amaliba has opined that the Minister of Finance has the opportunity under the Constitution of Ghana to borrow money for three months whiles engaging the Minority in addressing aspects of the rejected 2022 budget atatement.

Speaking to Dzifa Bampoe on Key Notes on TV3 Saturday, Mr. Amaliba noted that “there’s vote on account, you can borrow for three months.”

He informed the public that the rejection of the budget by Parliament on Friday did not mean that government would lack resources in the administration of the country.

“In fact there is Vote on Account. You are allowed to borrow for three months, then you can just put your house in order and then bring a proper budget. It’s not like we are in a dire situation nothing can happen. Something can happen, three months you can borrow and then we continue,” he noted.

His comment follow questions being asked by many Ghanaians as to how the government would be administering the affairs of the State without a budget should the Finance Minister not be able to address challenges in it and present it within the shortest possible time.

You have collapse the economy, now you want us to pay E-Levy...
13 minutes ago