Special Feature: The luxurious lifestyle of Ghanaians in the Diaspora affiliated with political parties in Ghana 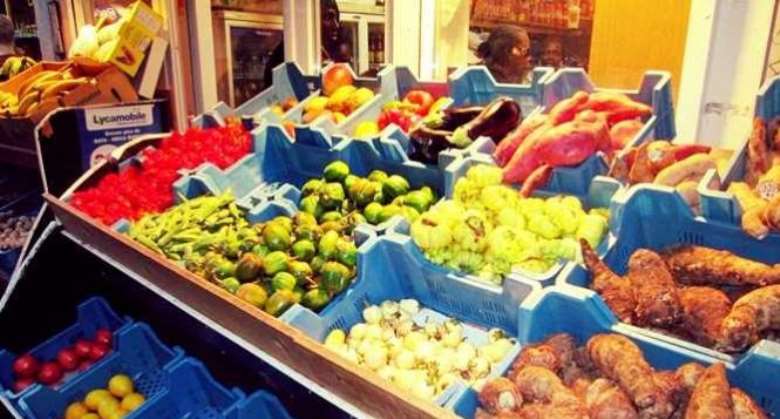 African foods are very costly in Europe and the United States of America, yet Ghanaians in the Diaspora can afford

The personality trait expressed in elegance, style of appearance, and food choices, are some of the good life many Ghanaians in the Diaspora live, yet because they are members of political parties, such as the NPP and the NDC, they are the first to attack any writer that wants to make life better for Ghanaians.

Aren’t the majority of Ghanaians in developed countries making a mistake to prevent their brothers and sisters to have the same benefits they are enjoying in Europe and the United States of America because of political parties or having tribal links with some politicians?

Frankly speaking, Ghanaians living in Europe and America supporting bad leadership in Ghana, would never have the mouth or energy to support any corrupt political party or government if they live in Ghana.

They do that in developed countries because "Dem belly full," at the same time, hate and tribalism have taken their tolls on them.

It’s sad to know that so many Ghanaians can’t even afford to buy one egg, tomatoes, and onions. Some onions are sliced for buyers to afford, while these Ghanaians praising bad leadership in Ghana enjoy a better life in Europe and America.

In Europe and the United States of America, Ghanaians in the Diaspora go to African and Asian supermarkets to buy expensive African foods because they want to feel at home, while Ghanaians can’t afford to buy food grown in their own country.

At the supermarkets, each weekend, many Ghanaians in the Diaspora buy beer in crates, assorted drinks, including whiskey, cognac, etc, to make merry. When carried away under the influence of alcohol some have the guts to say “Nkwasiafunu rebre wofie,”- the fools are suffering in Ghana.

Do you see the hypocritical side of these tribal bigots? They are part of today's woes and political unrest in Ghana because it's really hard for them to accept the truth that they are responsible for the underdevelopment in our country because they have encouraged corruption and tribal hate.

If I am living in Belgium, having it all good doesn’t mean I have to support a government that doesn’t care about the common people, knowing that animals are even treated better in the developed countries than Ghanaians.

A laborer has a permanent job, a car, and has his or her own house in Belgium, yet Belgium doesn’t grow cocoa, doesn’t have mines for gold, manganese, or diamond.

Yet, in Belgium today, there is a ‘Diamond Museum.’ So why do you have to attack me, by insulting my mother and father for criticizing the NPP government because I want a Ghanaian to live like a human being?

Europe and America don’t even have one-tenth of the resources Ghana has, yet a common cleaner receives between 12 to 15 Euros per hour in Belgium.

Therefore, how sad Ghana, one of the richest countries in Africa, common workers earn nothing than a peanut for their hard workings.

The Ghanaian politicians don’t buy fuel, yet despite every benefit they receive monthly, they continue to deny the people proper education, health, and economic benefits because of the chronic impact of corruption in the country.

Go to the United Kingdom, Germany, the United States of America, and other countries and bring down these tribal bigots, none of them will be able to live in Ghana under the NPP government for even one month.

Why would you hate someone because he comes from the north or he is Ewe? Why do Ghanaians continue to hate themselves while the same Ghanaians in the Diaspora continue to accuse the white man of racism?

Foxes have holes, birds have nests, while dogs and cats have ambulances and special hospitals –the veterinaries, yet, Ghanaians have no jobs and place to lay their heads.

Whatever evil people are sowing in Ghana today in support of bad governance, the same their relatives, families, and their children shall reap tomorrow because when the rain falls, it doesn’t fall on one man’s house.

If because of hate and tribalism, Ghanaians will continue to support a bad government, they will have a taste of the results of their own medicine of incompetence and political greed.

There will be a time after Nana Akufo Addo has disgraced himself fully as Ghana’s worst leader in the country's political history, many will deny him, and say "It wasn't me, I wasn't supporting the NPP.