Kwesi Pratt May Have a Point, But… 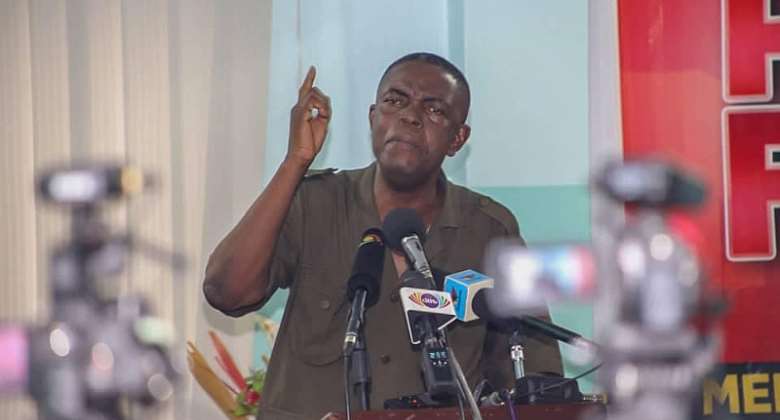 In many an established and robust democracy, it is almost automatic that a two-term Vice-President would be tipped to succeed a lame-duck President. Well, not just a two-term Vice-President but even a one-term Vice-President, unless the latter has proven himself or herself to lack the requisite leadership skills or competence for the job, as it was the case of former Vice-President James Danforth “Dan” Quayle whose second electioneering campaign outing with an incumbent President George Herbert Walker Bush, Sr., late, ended in an electoral loss to Candidate William “Bill” Blye Jefferson Clinton in 1992. Mr. Quayle would take a second shot at the presidency but take an early exit, in 2000, when it became patently clear that the Indiana newspaper mogul’s scion had absolutely no chance of clinching the Republican Presidential Nomination.

Mr. Kwesi Pratt, Jr., Editor-Publisher of the “Insight” newspaper, puts his finger on the money, or rather the trigger, as it were, when he warns Vice-President Mahamudu Bawumia to steer clear of any inviting temptation to become complacent in the leadup to the New Patriotic Party’s Delegates’ Congress, whose schedule has yet to be announced or published (See “NPP Race: Take Lessons from Aliu Mahama’s Experience – Kwesi Pratt to Bawumia” Ghanaweb.com 10/29/21). Mr. Pratt may definitely have a point, knowing what we all know and witnessed on the eve of then-President John “Kofi Diawuo” Agyekum-Kufuor’s exit in the leadup to the 2008 Presidential Election. Actually, Vice-President Aliu Mahama’s royal betrayal, as some studious and critical observers have characterized the same, occurred in the runup to the December 2007 NPP Delegates’ Congress in the Great Hall of the University of Ghana, Legon.

Having used the Dagomba-descended Tamale-based civil engineer as his running-mate for two consecutive electoral terms of 8 years, a lame-duck President Kufuor flatly refused to publicly endorse his officially closest associate and administrative right-hand man. But it was blatantly obvious from the start that President Kufuor had somebody else in mind other than the man that most political pundits and observers had expected the former Mayor or Chief Executive Officer of the Kumasi Municipality to endorse. Several times, the man widely perceived to be the frontrunner in the leadup to the 2007 Delegates’ Congress was to be heard in the news bitterly complaining about the fact that many a party insider was convinced that a scandalously cunning Mr. Agyekum-Kufuor had already hedged his bet on one well-known favorite steed. The very cabinet portfolio of the latter inescapably bespoke of that long-preselected candidate.

The “Insight” newspaper editor is also right to pinpoint the fact that the level of factionalism within the New Patriotic Party almost makes any temptation to perceive Vice-President Bawumia as a shoo-in Presidential Candidate for the 2024 Election seem like a pipedream or wishful thinking. Well, I have not had the time to peruse the details but just before this writing, I came across a news article with a caption that told of one of the declared contenders for the 2024 New Patriotic Party Presidential Nomination’s having “donated” the liquid cash sum of GHȻ 100,000 (One-Hundred-Thousand Cedis) to the Congressional Delegates of the most populous region in the country. If the preceding is not a blatant case of bribery and an insufferable insult to the intelligence of the Congressional Delegates of the aforesaid region, one does not know what else it is. It is a blatant insult to the intelligence of the targeted delegates because it presumes that their votes and consciences could be so cheaply bought.

But, of course, this is not the very first insult or abuse of its kind. A dozen years ago, another prominent member and a staunch associate of both then-President Agyekum-Kufuor and then-Candidate Akufo-Addo put one of his houses somewhere in our nation’s capital at the disposal of the party establishment at the same time that this opportunistic party stalwart was gunning for the party’s Presidential Nomination. This blatant and scandalous act of bribery and corruption did not work back then; and neither do I see it working this time around as well. I have said this before and once more reiterate the same, that going into the 2024 Presidential Election, the choice of who gets selected or elected as the New Patriotic Party’s Presidential Candidate will be squarely predicated on party loyalty and sterling work-performance record. I also don’t know that GHȻ 100,000 could not be better and more wisely invested in a more morally meaningful and far-reaching capital project than merely as an evanescent payola facility for clinching one’s party’s nomination for the Presidency.

There are, of course, 15 more regions and 15 more payolas to go. How farcical and irredeemably asinine! But, of course, this is Ghanaian politics all right. Which is why I have been incessantly and insistently and consistently advising that rather than do democracy the reverse American way, by having party delegates select our Presidential Candidate his/her Running-Mate, in this particular instance, why not have all registered party members with paid-up dues cast their ballots for the nomination of the New Patriotic Party’s Presidential Candidate for Election 2024? I have been told that was how the Johnson Asiedu-Nketia-led main opposition National Democratic Congress did it in the runup to the last election. And, gee, did it almost pay off, even with a veritable cartoon character like Kwame Gonja!