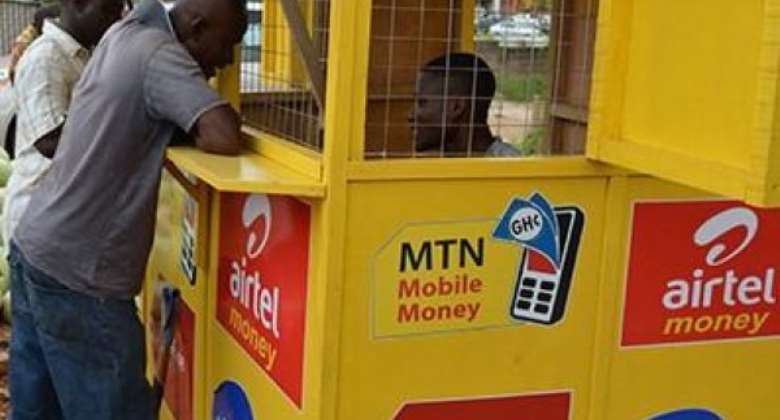 Some mobile money operators in the Sekondi-Takoradi Metropolis (STMA) have expressed worry over the introduction of the Government's E-Levy Tax, saying it would only collapse their businesses as the charges will be higher for their customers.

They mentioned that people would rather choose to transact business with the banks which would have dire consequences on their businesses.

Maame Esi, a Mobile Money agent at the Takoradi Market Circle on behalf of her colleagues told the GNA that since the commencement of the mobile money business, many people found it more convenient to transact business in the comfort of their homes as against visiting the banks.

She noted that the long queues at the banks deterred them from visiting and therefore resorted to online banking such as Mobile money and for that matter, having several deductions on the money could put them off.

She threatened to opt-out of the business if sales dwindled as it would no longer be attractive in a few months to come.

“By the close of the year, I will stop with this mobile money business, because it will not fetch me anything. There is a tax on everything in this country and the hardship is unbearable”, she lamented.

However, she was happy to hear that a portion of the proceeds from the E-Levy Tax would be used to support entrepreneurship, youth employment, cyber security, digital and road infrastructure amongst others.

The Finance Minister, Mr Ken Ofori-Atta in Ghana's Parliament on November 17, 2021, announced that the 2022 Budget was aimed at Building a Sustainable Entrepreneurial Nation through Fiscal Consolidation and Job Creation.

It introduced an additional tax of 1.75% on electronic transactions which according to the Finance Minister, would enable the Government to support entrepreneurship, youth employment among others.