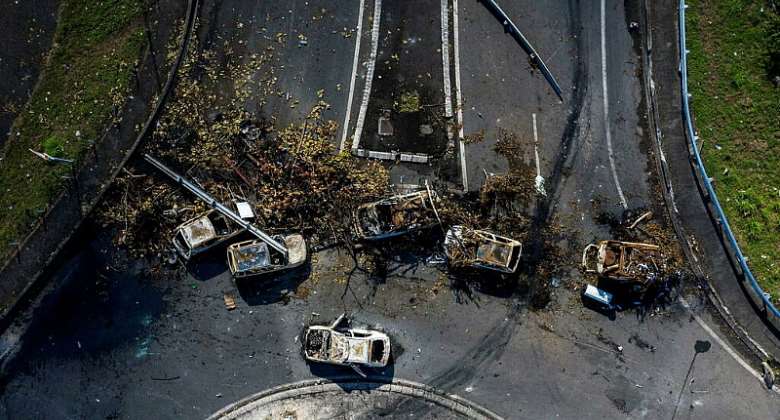 France is willing to discuss autonomy for the French Caribbean territory of Guadeloupe if it is in the interests of the people who live there, government minister Sebastien Lecornu has said, following days of sometimes violent protests.

Guadeloupe and the nearby French island of Martinique have seen several days of protests against Covid-19 measures that have spilled over into violence.

Lecornu, the minister for France's overseas territories, said in a YouTube video issued late on Friday that certain elected officials in Guadeloupe had raised the question of autonomy, changing its status as an overseas region.

"The government is ready to talk about this. There are no bad debates, as long as those debates serve to resolve the real everyday problems of people in Guadeloupe," he said while also condemning the violence.

Lecornu said the debate on giving more autonomy to deal notably with health was just one of a series of initiatives the government in Paris would be taking in Guadeloupe. Other measures included improving healthcare, infrastructure projects, and a scheme to create jobs for some 1,000 young people.

The French government this week announced that it would be postponing the vaccine mandate for public sector workers in Guadeloupe and Martinique until 31 December.

The vaccine mandate had sparked protests, but was also a pretext for voicing long-standing grievances over living standards and the relationship with Paris.

In Guadeloupe and neighbouring Martinique there is an historic mistrust of the French government's handling of health crises after many people were exposed to a toxic pesticide, known as chlordecone, used in banana plantations in the 1970s.

What's behind 'explosive' riots in the French Caribbean island of Guadeloupe?

The pesticide, a known endocrine disruptor, wasn't banned until 1993, more than two decades after France was warned it was dangerous for human health.