Rejection of 2022 budget is victory for Ghana – Sam George 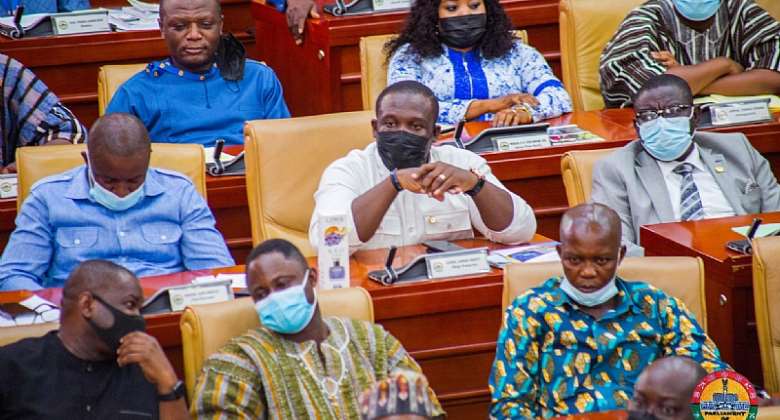 The Member of Parliament for Ningo Prampram, Samuel Nartey George has insisted that the decision to reject the approval of the 2022 Budget Statement and Economic Policy proposal of the government is in line with the desires of the people of Ghana.

Parliament on Friday, November 27, 2021, rejected the approval of the 2022 budget statement with all the 137 Members of Parliament of the National Democratic Congress (NDC) voting in a one-sided House.

This was after members on the Majority side of Parliament staged a walkout during proceedings following a disagreement over a directive by the Speaker of Parliament, Alban Bagbin, for non-MPs to vacate the Chamber.

Taking to his Twitter page to react to the rejection of the budget, Sam George said it was a decision taken with the people of the country in mind and hence it is victory for Ghana.

“The 2022 Budget has been rejected by Parliament. We as a Minority took a stand with the people of Ghana to reject a budget that had the obnoxious e-Levy, increased govt fees and charges, Agyapa deal and funds for the Keta sea defence wall. Victory for Ghana,” Sam George posted.

The rejection of the budget came as no surprise to many Ghanaians especially those that followed the commentary of the minority MPs after Finance Minister Ken Ofori-Atta presented the statement to parliament last week.

The Minority insists that in its state, it will only bring untold pain, hardships, and sufferings on Ghanaians.

Let’s come together to build a resilient, prosperous society...
24 minutes ago