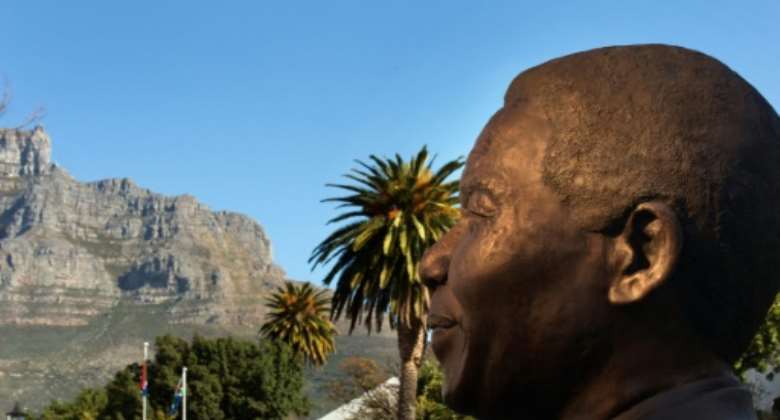 The restrictions have sent shockwaves through South Africa's tourist industry which before the pandemic attracted many foreign visitors to sites including Table Mountain in Cape Town. By RODGER BOSCH (AFP)

South Africa's health ministry on Friday attacked a global rush to impose travel bans to slow the spread of a new Covid variant as "draconian," unscientific and contrary to WHO advice.

The strain, renamed Omicron, has been blamed for a surge in fresh cases in South Africa, but has already cropped up in Hong Kong, Belgium, Israel and Botswana.

"We believe that some of the reactions have been unjustified," Health Minister Joe Phaahla told a news conference, accusing some leaders whom he did not name of seeking a "scapegoat."

Austria, Canada, France, Germany, Italy, the Netherlands and the US among others on Friday joined Britain in restricting flights from the region.

The European Commission, the executive arm of the 27-nation European Union, also proposed a complete suspension of flights to and from southern Africa until there was a "clear understanding about the danger" that it said was posed by the new variant.

However, the UN's World Health Organization (WHO) on Friday urged against travel curbs at this stage.

The agency cautioned that it could take several weeks to find out whether the newly-discovered mutations made the virus more virulent or transmissible.

Phaala said that bans were "a wrong approach -- it's misdirected and goes against the norms and advice by the WHO".

"We feel some of the leadership of countries are finding scapegoats to deal with what is a worldwide problem," he said.

He said it was ironic that "some of the countries... now reacting in this draconian manner" had infection rates of upwards of 50,000 per day.

"That kind of reaction is knee-jerk and panic," he said.

Such responses could prompt countries to shy away from reporting new findings, he warned.

"It's a very counter-productive reaction because what it says is if you have the capability to do genomic sequencing and have high level of efficiency... those capabilities must be driven underground," said the minister.

People will "feel that it is a risk to disclose" their findings, he argued.

Tulio de Oliveira, a leading virologist who announced the discovery of the variant, slammed the "radical decision" to suspend flights out of the region.

"Sometimes one gets punished for being transparent, and doing things very quick," he told the same news conference.

He said he did not believe travel bans were effective, citing the US, the first country to have imposed a travel ban on China at the onset of the pandemic, but ended up with the highest numbers of infections.

"So scientifically it (does) not make much sense. A lot of time people take decisions based on emotions not rationality," he said.

The restrictions have sent shockwaves through South Africa's tourist industry, which has been looking to visitors from the wealthier northern hemisphere to bring in desperately-needed income.